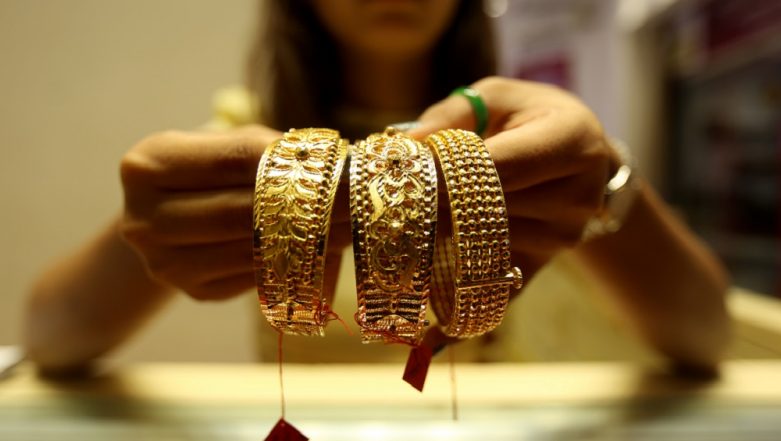 Mumbai, September 4: Despite the rise in gold prices, the gold jewellery market has received a boost on the occasion of Ganesh Chaturthi 2019. According to an Economic Times report, people bought various artefacts made of silver and gold for Ganesh idols and thronged several jewellery outlets on Monday morning and evening. The demand was mostly for silver-made modak, flowers, different type of necklaces. The rate in Mumbai for 10 kg of 24 K gold is Rs 40,660 on Wednesday. Gold Prices in Mumbai Cross Rs 40,000 Per 10 Gram; Trade Tensions And Fears of Global Recession Push Global Gold Rates to New Highs.

Rajendra Odhekar, an office-bearer of Nashik Jewellers Association as quoted in the report said, “The jewellery market in the district had become stagnant in the past due to rise in gold and silver prices for almost two months. The Ganesh festival has given a boost to the jewellery market." The boost can also be attributed because some citizens chose to make the purchases for upcoming weddings on this auspicious occasion.

On August 26, Gold and silver prices in India extended their record run amid a rally in precious metal prices. Gold touched a new high of Rs 40,000 per 10 gram in Mumbai.  It will be interesting to see if the momentum picks up from here with the kickstart of the festive season.