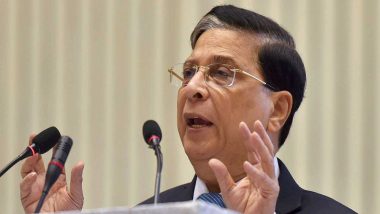 "Unfortunate and politically motivated and seems to be an attempt to intimidate judiciary and give message that if you don't decide on cases as per our wishes, we'll indulge in character assassination of judges," Jain said.

On Friday, the opposition parties led by Congress moved the impeachment motion in the Rajya Sabha seeking the removal of CJI Misra under Article 217 read with article 124 (4) of the Constitution of India. The motion was signed by 64 sitting members of the House.

As per Article 124 (4), "A Judge of the Supreme Court shall not be removed from his office except by an order of the President passed after an address by each House of Parliament supported by a majority of the total membership of that House and by a majority of not less than two-thirds of the members of that House present and voting has been presented to the President in the same session for such removal on the ground of proved misbehaviour or incapacity."