Indian Rupee In Freefall As It Inches Closer to 68.5 Against U.S. Dollar, Could Breach 70 Mark

The Indian rupee fell to its lowest level since January 2017, closing at 68.42 against the U.S. dollar on May 23. The rupee is down over 6% so far this year amid concerns over the country’s current account deficit. 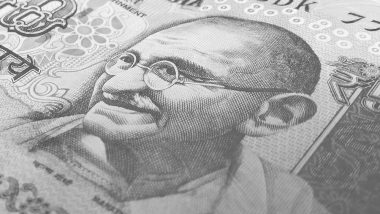 The Indian rupee fell to its lowest level since January 2017, closing at 68.42 against the U.S. dollar on May 23. The rupee is down over 6% so far this year amid concerns over the country’s current account deficit.

In late morning deals, the rupee was trading at 68.19 against the U.S. currency. The rupee had closed at 68.04 against the American currency the previous day. The Indian Rupee is the second-biggest loser in the BRICS group: Brazil, Russia, India, China, and South Africa. The Russian Ruble is the only other currency that has lost more value than the rupee in 2018 so far.

The Indian rupee depreciation is in response to a change in global and domestic macro conditions. The U.S. Dollar strengthened against a basket of currencies on uncertainty over the outcome of U.S.-China trade talks. U.S. President Donald Trump said he was not pleased with recent trade talks between the United States and China, tempering optimism over progress made so far in trade talks between the world's two largest economies. The fall in Indian rupee can be attributed to higher crude oil prices, widening trade deficit, and higher capital outflows.

India’s import bill is rising at a time when exports’ contribution to the country’s GDP has hit a 14-year low. That has increased the trade deficit, the amount by which a country’s import value exceeds its net exports, by up to $156.8 billion for financial year 2018, compared to $105.72 billion in the previous year, writes Sriram Iyer for the Quartz.

The rupee could weaken further to 70 against the U.S. dollar, say experts. "Macros are stacked against the rupee...and the possibility of rupee hitting 70 soon is increasing," according to forex advisory firm IFA Global, reports NDTV.

Meanwhile, portfolio outflows have picked up. Foreigners have sold a net of Rs. 22,071 crore in Indian debt so far this year. Total outflows from the debt and equity markets combined stand at Rs 17,096 crore.

The Indian rupee’s freefall is hence a combination of external and internal factors and with crude oil expected to hit $100 a barrel, 2018 might see it breach the psychological mark of 70 against the greenback.

(The above story first appeared on LatestLY on May 24, 2018 08:46 AM IST. For more news and updates on politics, world, sports, entertainment and lifestyle, log on to our website latestly.com).