A village in Bareilly district, in Uttar Pradesh saw two groups clash, on Sunday, over reports of a 15-year-old girl being raped. 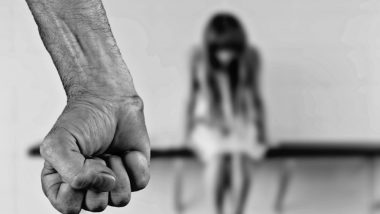 Mumbai, June 19: A village in Bareilly district, in Uttar Pradesh saw two groups clash, on Sunday, over reports of a 15-year-old girl being raped. The local police had said that the minor’s parents had allegedly levelled charges against the 23-year-old Army jawan for the sexual assault. The accused and his family had left their house and fled from the village.

As per The Indian Express report, no arrests have been made by the local police. However, the victim’s mother had filed a First Information Report (FIR) against the Army jawan. The local police has filed cases under several sections under Indian Penal Code (IPC) – 376 (rape), 504 (intentional insult with intent to provoke breach of peace), 336 (act endangering life or personal safety of others), 506 (criminal intimidation); as well as the newly amended protection of Children from Sexual Offences (POCSO) Act.

Station House Officer (SHO) Umesh Singh said that a police team had visited the alleged accused and his relative’s house; however, they were locked. The SHO said, “The accused, who is a jawan in the Indian Army, had returned home four days ago as his marriage was fixed for June 22. No one in the village has information about where he is presently posted.”

As per the police official, the complaint report stated that the minor had visited the fields on Saturday. There, the Army jawan forced and took her to the nearby fields and raped her. The family started to look for their daughter, as she had not returned home after a long time.

The victim’s parents informed the police that she had also gone to confront the jawan’s parents and apprised them of the crime their son had committed. However, she was threatened with severe consequences and they also started physically assaulting her. The situation went bad to worse as locals had to intervene and calm the families involved.

The complaint, was then, filed on Sunday. The girl underwent a medical examination on Monday, of which the reports are awaited. To ensure the law and order situation, the police have deployed quite a number of personnel in the village.

(The above story first appeared on LatestLY on Jun 19, 2018 05:25 PM IST. For more news and updates on politics, world, sports, entertainment and lifestyle, log on to our website latestly.com).