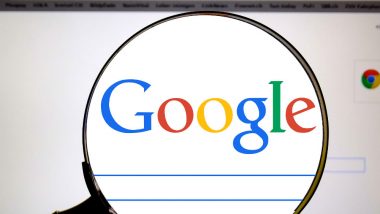 New Delhi, March 31: In a fresh twist to the escalating tensions over Central Board of Secondary Education (CBSE) Class 10 Mathematics and Class 12 Economics paper leak, the Delhi Police Crime Branch on Saturday received a reply Google on the whistleblower who had used email to alert the CBSE about the paper leak. According to Delhi Police, e-mail address details have been received from Google and the person who sent the mail has been identified.

On Friday, the crime branch has sought a reply from Google over email that was sent to the CBSE chairperson by the hacking group. The email that was sent by someone unidentified had attached images of handwritten question papers to show that they had the paper pattern with them. The fax, which was from an unknown source, alleged that a coaching centre and two schools were involved in leaking the exam paper.

Students have been holding protests in the national capital over the paper leak issue,  accusing the board of negligence and demanding immediate action against the guilty. The agitating students said they were “suffering because of CBSE’s mistakes” as they shouted slogans against the board, ANI reported. “CBSE is at fault. They were not able to keep the paper safe. Why do we have to suffer due to this?” a student said, according to ANI.

(The above story first appeared on LatestLY on Mar 31, 2018 07:52 PM IST. For more news and updates on politics, world, sports, entertainment and lifestyle, log on to our website latestly.com).