Providing Fake Details For WhatsApp Account, OTT Services or Obtaining SIM Card Can Send You Behind Bars For One Year; Here's Why

As per the provisions of the draft Indian Telecommunication Bill, 2022, you will attract serious problems if you furnish fake documents to avail Sim card or OTT services. 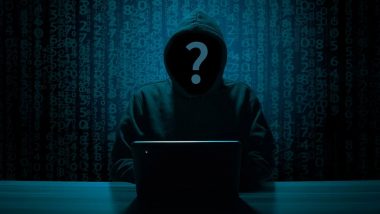 Mumbai, September 29: Providing fake documents to get a mobile SIM card or submitting fake details on Over-The-Top (OTT) communication platforms or instant messaging services like WhatsApp, Telegram or Signal can put you in jail for one year, or Rs. 50,000 fine will be imposed on you. As per the provisions of the draft Indian Telecommunication Bill, 2022, you will attract serious problems if you furnish fake documents to avail Sim card or OTT services.

According to the report, the provisions were proposed in the draft Bill to protect telecom users from online fraud and illegal activities. This move will put shackles around the cybercriminals who use fake documents to procure SIM cards for committing crimes and hide their identity on OTT apps for making calls to potential victims. 5G Launch Update: After Spectrum Allocation, Narendra Modi Govt Has Big Advice For Telcos.

"The security measures mentioned above are necessary to help telecom users identify the person or entity reaching out to the call receivers," The Department of Telecom (DoT) explained.

The draft bill was put up on social media by Telecommunication Minister Ashwini Vaishnaw. Public comments have been sought on the draft. The last date for seeking comments on the draft legislation is October 20.

(The above story first appeared on LatestLY on Sep 29, 2022 03:16 PM IST. For more news and updates on politics, world, sports, entertainment and lifestyle, log on to our website latestly.com).