The government has amped up the speed of processing all the matters related to spectrum auctions. Certainly, the Department of Telecommunications (DoT) has drawn praise from the Chairman of Bharati Enterprises Sunil Mittal for the ease of doing business as Airtel was allotted 5G spectrum bands within hours of paying the dues. 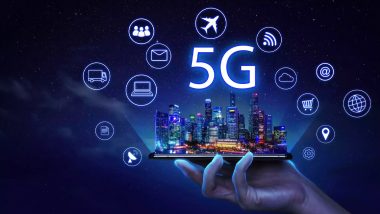 The fifth-generation mobile network, popularly knowns as 5G is in news for a long time. The technology which is expected to be about 10 times faster than 4G, will be able to send massive amounts of data at extremely fast rates. Now, when the country’s largest ever airwaves auction is completed, Union Minister for Electronics & Information Technology Ashwini Vaishnaw, in a Twitter post informed that the 5G spectrum assignment letter has been issued, and therefore he requested telecom services firms to prepare for launch.

It is pertinent to note that with this spectrum allotment, India is in the final stage of rolling out high-speed 5G telecom services. Spectrum assignment letters were issued within hours of telecom operators making payments on 17th August 2022.

The government has amped up the speed of processing all the matters related to spectrum auctions. Certainly, the Department of Telecommunications (DoT) has drawn praise from the Chairman of Bharati Enterprises Sunil Mittal for the ease of doing business as Airtel was allotted 5G spectrum bands within hours of paying the dues. 5G Spectrum Assignment Letter Issued; Ashwini Vaishnaw Requests TSPs To Prepare for 5G Launch.

“Yesterday Airtel paid Rs 8312.4 cr towards spectrum dues and was provided the allocation letter for the designated frequency bands within hours,” the Chairman said in a statement issued on 18th August. “E band allocation was given along with spectrum as promised. No Fuss, No Follow Up, No running around the corridors and No tall claims. This is the ease of doing business at work in its full glory,” he added.

He also mentioned, “In my over 30 years of first-hand experience with DOT, this is a first! Business as it should be.” “Leadership at work-Right at the top and at the helm of telecom. What a Change! Change that can transform this nation – power its dreams to be a developed nation,” the chairman of India’s second-largest telecom player said.

The Road Ahead for India

The work for rolling out 5G networks will be started with the assignment of frequencies already done. The concerted efforts of the government, as well as telecom operators, are taking India ahead in launching 5G services at the earliest, most probably by the next month of the year.

It is worth mentioning that the market leader Jio was the largest bidder in the 5G airwaves auctions – the largest telecom spectrum auction in India’s history – that ended on 1st August spending Rs 88,078 crore, while Airtel and Vodafone Idea bought airwaves worth Rs 43,084 crore and Rs 18,799 crore, respectively. Adani Data Networks – the first-time bidders had won airwaves for Rs 212 crore.

(The above story first appeared on LatestLY on Aug 18, 2022 07:37 PM IST. For more news and updates on politics, world, sports, entertainment and lifestyle, log on to our website latestly.com).