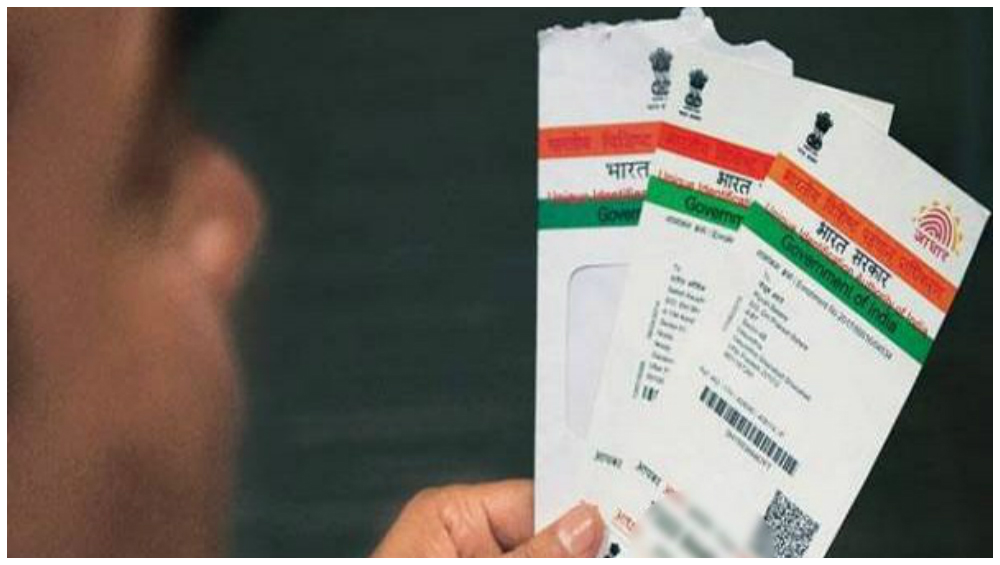 New Delhi, February 19: Soon, you will have to link your Aadhaar card with voter ID. The Modi government is planning to amend the Aadhaar Act and empower the Election Commission to link the unique identification number or UID with the electors photo identity card or EPIC, commonly known as election card. The linking of Aadhaar card and voter ID would remove bogus and duplicate enrolments in the electoral roll. With this move, the government also aims to provide "remote" voting rights to migrant workers. Hyderabad: Amid CAA-NRC Row, Three Muslim Aadhaar Card Holders Issued Notice by UIDAI, Asked to 'Prove Citizenship'.

According to a report by Times of India, the Ministry of Law and Justice, headed by Bharatiya Janata Party (BJP) leader Ravi Shankar Prasad, is preparing a note to be placed before the Union Cabinet on electoral reforms, which include linking of Aadhaar cards and voter IDs. This will not only sanitise the voter lists, but also save migrants from what amounts to "disenfranchisement", the TOI report said. Aadhaar-PAN Linking: Over 17 Crore PAN Cards to Become Inoperative After 31 March if Not Linked with UIDAI, Says Income Tax Department.

Currently, those who migrate from one city or state to another city or state for jobs can vote only if they are in the constituency where they are registered as voters. On Tuesday, a meeting between EC functionaries, Chief Election Commissioner Sunil Arora and Law Secretary Narayan Raju was held to discuss pending electoral reforms. At the meeting, Raju has conveyed the CEC and other officials that the government will empower the poll panel to link Aadhaar with voter IDs.

During the meeting, EC officials stressed that Aadhaar-EPIC linkage will help the poll panel to implement a plan which will allow migrant workers to exercise their franchise even if they are not in their constituency. "Their identification having been adequately verified, the commission can explore technology that will let them vote from a remote location guarded by the EC," an officer told TOI.

As part of its National Electoral Roll Purification and Authentication Programme, the EC had taken up the matter of linking the voter ID with Aadhaar number in 2015. However, the plan was stopped midway when the Supreme Court restricted the use of Aadhaar. The poll panel then wrote the Law Ministry seeking a suitable amendment to enable linking of EPIC with UID.