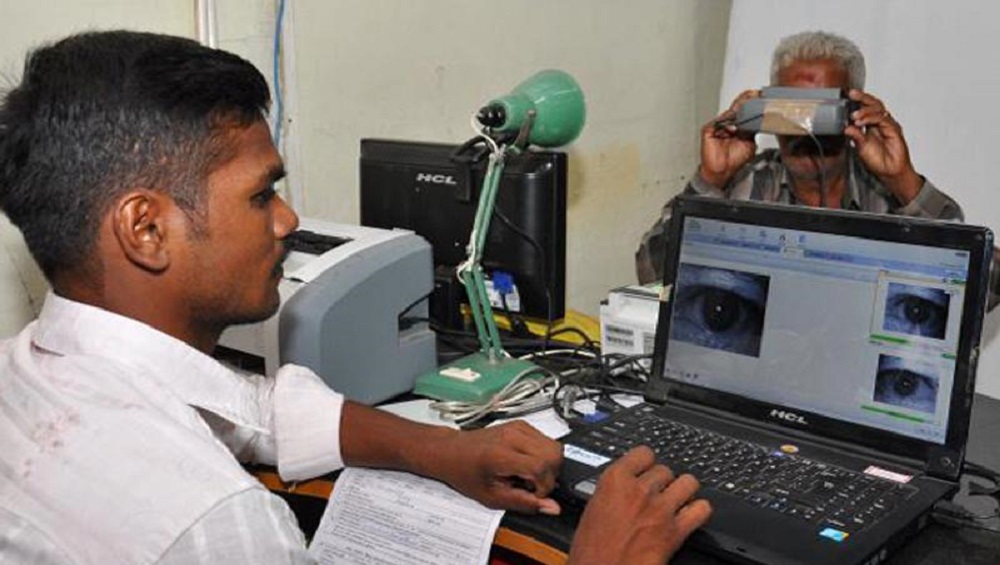 Hyderabad, February 18: Amid the ongoing row over Citizenship Amendment Act (CAA) and the National Register of Citizenship (NRC), an unprecedented case was reported from Hyderabad where three Muslims were issued notice by the Unique Identification Authority of India (UIDAI), asking them to prove their citizenship. The UIDAI - the nodal Aadhaar-issuing agency - acted against the three individuals based on a complaint received against them.

As per the complaint, the trio had obtained their Aadhaar through "fraudulent means". They are accused of submitting fake documents and showing "false pretences" before the Aadhaar officials. The regional UIDAI office, under whose jurisdiction their Aadhaar card was approved, has asked them to submit documentary evidence to proof their citizenship. Voter ID and Passport are Proof of Citizenship, But Not Aadhaar and PAN Card, Says Maharashtra Court.

The documents, however, have not been specified in the notice. Counsel of the trio - Muzafarullah Khan Shafaat - has questioned the rationale behind the UIDAI questioning the citizenship of citizens. As per the Aadhaar Act 2016, the unique identity number is issued to any individual who has stayed in India for more than 182 days, even if he or she is a foreign national.

Unique Identification Authority of India: UIDAI has been mandated under the Aadhaar Act to ascertain residency of a person in India for 182 days prior to applying for Aadhaar. Also, SC in its landmark decision has directed UIDAI not to issue Aadhaar to illegal immigrants. (3/3) https://t.co/QpxNKKtZjj

"As per the Aadhaar rules, if UIDAI finds that someone has fraudulently acquired Aadhar, they are supposed to deactivate the number and ask for proof of original documents, not for proof of citizenship," the Scroll quoted Shafaat as saying.

Hyderabad, where the unprecedented action has been initiated by the UIDAI, has emerged as one of the hubs of the ongoing anti-CAA-NRC protests. The agitations, led by AIMIM chief and Lok Sabha MP Asaduddin Owaisi, are aimed at pressuring the Centre to withdraw the law to naturalise non-Muslim refugees and scrap the "proposed nationwide NRC".