The man received an obscene video on his birthday from a woman who had befriended him on social media. According to a report by TOI, the woman had posted an allegedly morphed video showing him in the nude talking to her on a video call. 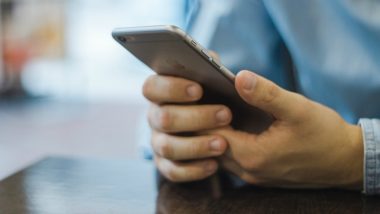 Ahmedabad, June 24: In a bizarre incident, a man in Gujarat’s Ahmedabad got a shocking birthday gift that he certainly wouldn’t have dreamt of in his life! The man received an obscene video on his birthday from a woman who had befriended him on social media. According to a report by TOI, the woman had posted an allegedly morphed video showing him nude talking to her on a video call.

The report quotes the victim, a 42-year-old Sanand resident, saying that the woman did so on his birthday on June 11, after he refused to pay her the money she asked for. The man took the issue to the cybercrime police on Sunday and described his ordeal. The man said the Facebook profile of the accused is identified her as Nikita Rajput. The woman sent him a friend request on June 5 and after he accepted it, she began chatting with him on Facebook messenger.  Ahmedabad Shocker: Woman Thrashed Brutally by Husband And Kids Over Sound of Bell in Isanpur.

The man further told the police about their conversation and stated that the duo allegedly made a video call on June 8. The man said that she undressed on the call and asked him to take off my clothes. The victim said that he was stunned by the behavior of the woman and immediately disconnected the phone.

A while later, he received a video in which he was seen to be naked on the video call with the woman. In his complaint, the man said that the accused asked him for Rs 50,000 but when he refused to pay up, she posted his video on social media on his birthday. Soon after, he approached police and filed a complaint of defamation under IPC along with sections under the information technology act.

(The above story first appeared on LatestLY on Jun 24, 2021 09:15 PM IST. For more news and updates on politics, world, sports, entertainment and lifestyle, log on to our website latestly.com).