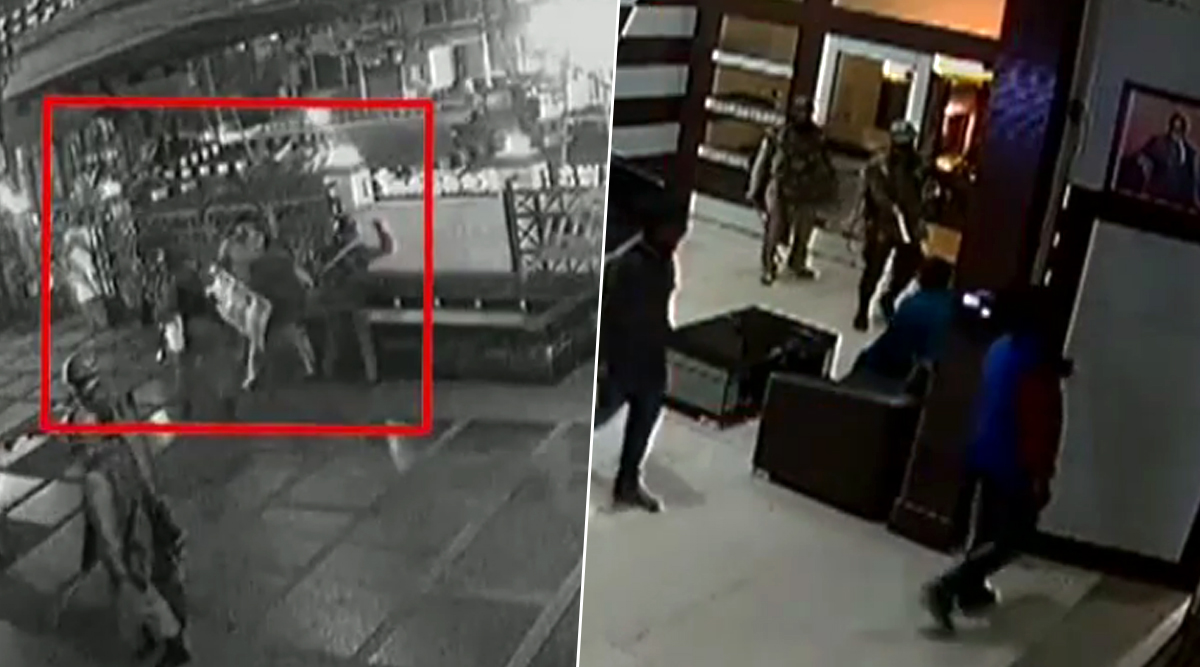 New Delhi, December 14: The Editors Guild of India on Saturday condemned the "indefensible acts of violence” against the employees of Prag News, a local Assamese news Channel, and demanded an inquiry into the incident. On Thursday, several policemen stormed inside the news channel's office in Guwahati and thrashed three employees. Assam Unrest: Internet Ban Extended Across State Till December 16 as Tensions Prevail Over Citizenship Amendment Bill.

The incident, which was recorded on CCTV, has gone viral on social media. The clip shows uniformed police officials running amok outside Prag News office and targeting employees belonging to the television channel with their batons. Why Assam and Neighbouring States Are Up in Protest Against Citizenship Amendment Bill.

It is very sad that CRPF officials entered Prag News office premises and attacked one of our employees inside the campus during working hours. The officials even entered our reception area. . . . . . . #pragnews #pragnewsassam #assam #assamnews #guwahati

Reacting to the incident, the Guild demanded that "an inquiry should be instituted to identify those who indulged in such violence against journalists and punish the guilty."

The Editors Guild of India has issued a statement pic.twitter.com/WZEs8E7tVx

The Guild also expressed its concern over advisory issued by Information and Broadcasting Ministry to private channels asking them to desist from broadcasting content that could incite "violence" or law and problem or "anti-national" feelings.

“It is the media’s responsibility to report freely and truthfully and fairly. The Guild decries such a regressive advisory that interferes in the functioning of a free media, and urges the government to withdraw it,” the statement said.

Assam and the northeast are protesting against the Citizenship Amendment Act which seeks to grant Indian citizenship to illegal immigrants from six communities- except Muslims- facing prosecution in Afghanistan, Pakistan and Bangladesh. The Army and paramilitary forces have been deployed across the northeast to bring the situation under control. The internet services have also been suspended till December 16.