Bengaluru: 2 Rape Accused Try to Flee From Crime Scene, Shot in Leg and Caught by Police

Two of the six accused arrested in connection with a case of rape in Bengaluru were shot in the leg today when they allegedly tried to escape from the crime scene. 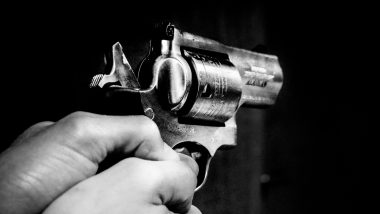 Bengaluru, May 28: Two of the six accused arrested in connection with a case of rape in Bengaluru were shot in the leg today when they allegedly tried to escape from the crime scene. Reports said four male accused - Sagar, Mohammed Babu Sahik, Ridoy Babo and Hakil - were brought to the spot for reconstructing the crime scene. Sagar and Ridoy Babo allegedly attacked the police and tried to flee. Bengaluru Shocker: Father Rapes Daughter After Giving Her Sleeping Pills, Teenager Attempts Suicide.

Police said cops at the spot fired in self-defense and shot the two accused in the leg to catch them. The accused were then taken to a government hospital for treatment. The six accused, including two women, were arrested yesterday after a video of the gangrape and assault went viral on social media in the northeast. The Assam police had released photographs of the five accused. Bengaluru Techie Seeking Injection for Uncle's Black Fungus Treatment Duped of Rs 79,000 by Online Fraudster.

These images are of 5 culprits who are seen brutally torturing & violating a young girl in a viral video.

The time or place of this incident is not clear.

Anyone with information regarding this crime or the criminals may please contact us. They will be rewarded handsomely. pic.twitter.com/ZnNjtK1jr6

Later, it was revealed that the crime took place in Bengaluru almost six days ago and all the accused and the victim are Bangladeshi nationals. One of the female accused was also present when the crime was committed. According to the police, the victim who is also a Bangladeshi was brought to India for trafficking and was tortured and brutalized due to a financial matter.

"Based on the contents of the video and preliminary investigation, a case of rape and assault has been registered against 6 persons including 2 women at Bengaluru's Ramamurthy Nagar police station. A police team has also been deputed to an adjoining state to trace the victim so that she could join the investigation," Kamal Pant, Bengaluru City Police Commissioner, tweeted.

The investigation is being carried with full earnestness and under the supervision of senior officers, the Police Commissioner added. The three-minute 45-second video clip had triggered outrage, especially in the northeast because initially it had appeared that the victim was from that part of the country.

(The above story first appeared on LatestLY on May 28, 2021 12:36 PM IST. For more news and updates on politics, world, sports, entertainment and lifestyle, log on to our website latestly.com).