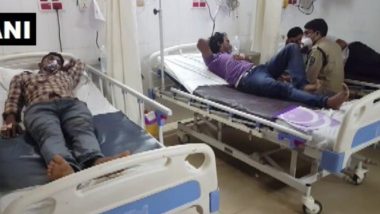 Uday Kumar, Inspector, Parwada Police Station confirmed that the situation is under control now. The two people who died were workers and were present at the leakage site. The gas has not spread anywhere else.

According to the Times of India report, when the incident occurred, over 30 workers were in the pharma factory. The cause of the gas leakage is yet to be ascertained. Vizag Gas Leak: Leakage at LG Polymers Plugged, Situation Under Control, Says Andhra Pradesh DGP Gautam Sawang.

The unfortunate incident took place close o the heels of the incident, where twelve people were killed in a gas leak at LG Polymers India Ltd, a South Korean-owned factory making polystyrene products, and hundreds of people fell sick on May 7 in Visakhapatnam.

(The above story first appeared on LatestLY on Jun 30, 2020 07:44 AM IST. For more news and updates on politics, world, sports, entertainment and lifestyle, log on to our website latestly.com).