China Slams ED Raids at Vivo and Other Chinese Firms, Says ‘It Will Chill Investment Confidence’

Wang Xiaojian, counsellor and spokesperson from the Chinese Embassy in India, said the frequent investigations by Indian authorities into Chinese enterprises "chill the confidence and willingness of market entities from other countries, including those from China to invest in India". 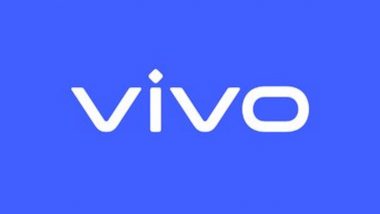 New Delhi, July 7: As the Enforcement Directorate (ED) continued searches at the premises of Chinese companies in a money laundering case, Wang Xiaojian, counsellor and spokesperson from the Chinese Embassy in India, said the frequent investigations by Indian authorities into Chinese enterprises "chill the confidence and willingness of market entities from other countries, including those from China to invest in India".

Xiaojian said that the essence of China-India economic and trade cooperation is based on mutual benefit and win-win results. "The Chinese government has always asked Chinese companies to comply with local laws and regulations in their overseas operations and will firmly support Chinese companies to maintain their legitimate rights and interests," Zhao said in a statement late on Wednesday. ED Raids Vivo & Other Chinese Firms in Money Laundering Case: Report.

"The Indian side should act in line with laws and regulations, and provide a fair and non-discriminatory business environment for Chinese firms," he added. As the ED raided 44 locations in 22 states on Tuesday and Wednesday, the directors of some of the companies associated with Vivo fled India.

According to sources, two of the Chinese directors of Solan, a Himachal Pradesh-based company, that was associated with Vivo, have likely fled India, as ED registered a prevention of money laundering case.

The Chinese nationals were made directors in the Indian entities with fake documents. The enforcement agency has so far received information about money laundering worth Rs 10,000 crore during the raids, according to ED sources.

The Chinese embassy spokesperson said that the "frequent investigations by Indian authorities into Chinese enterprises not only disrupt normal business activities and damage the goodwill, but also impede the improvement of business environment in India".

The CBI has also been probing the case and lodged a separate FIR. Vivo earlier said that it is cooperating with the authorities to provide them with all required information. "As a responsible corporate, we are committed to be fully compliant with laws," a company spokesperson said.

In April, the ED seized Rs 5,551.27 crore of Xiaomi Technology India Private Ltd lying in the bank accounts under the provisions of Foreign Exchange Management Act (FEMA) connection with the illegal outward remittances made by the company.

(The above story first appeared on LatestLY on Jul 07, 2022 12:05 PM IST. For more news and updates on politics, world, sports, entertainment and lifestyle, log on to our website latestly.com).