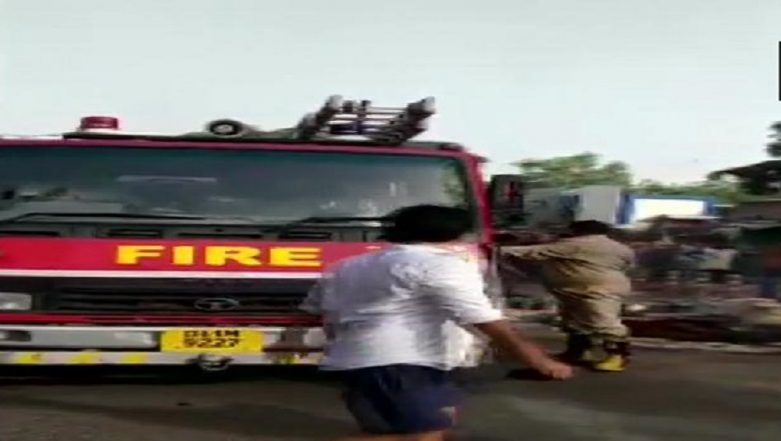 New Delhi, April 28: A fire broke out outside the Sonia Gandhi Camp in Sector 7 of Delhi's RK Puram. According to reports, a total of four fire tenders rushed to the spot. No casualties have been reported. However, the exact cause of the fire is still to be known. More details are awaited. Delhi Fire: Four Dead After Blaze Engulfs Factory in Karol Bagh.

Due to unplanned constructions and an exploding population, various incidents of the fire has been reported from the national capital in the last few years. In February this year, seventeen people lost their lives after a massive fire broke out in Hotel Arpit Palace in Delhi’s Karol Bagh.

Delhi: Fire breaks out in an area outside Sonia Gandhi Camp in RK Puram Sector 7. Four fire tenders present at the spot. No casualties reported. pic.twitter.com/AkAfg0uRF4

Recently, reports that there was a severe lapse in steps taken to fight the massive fire that at Arpit Palace hotel. There is an acute shortage of firefighters in the national capital. According to official figures, there are a total of 3,195 posts sanctioned for fire officials, but as of April 30, 2018, some 1,474 of these posts were still vacant.