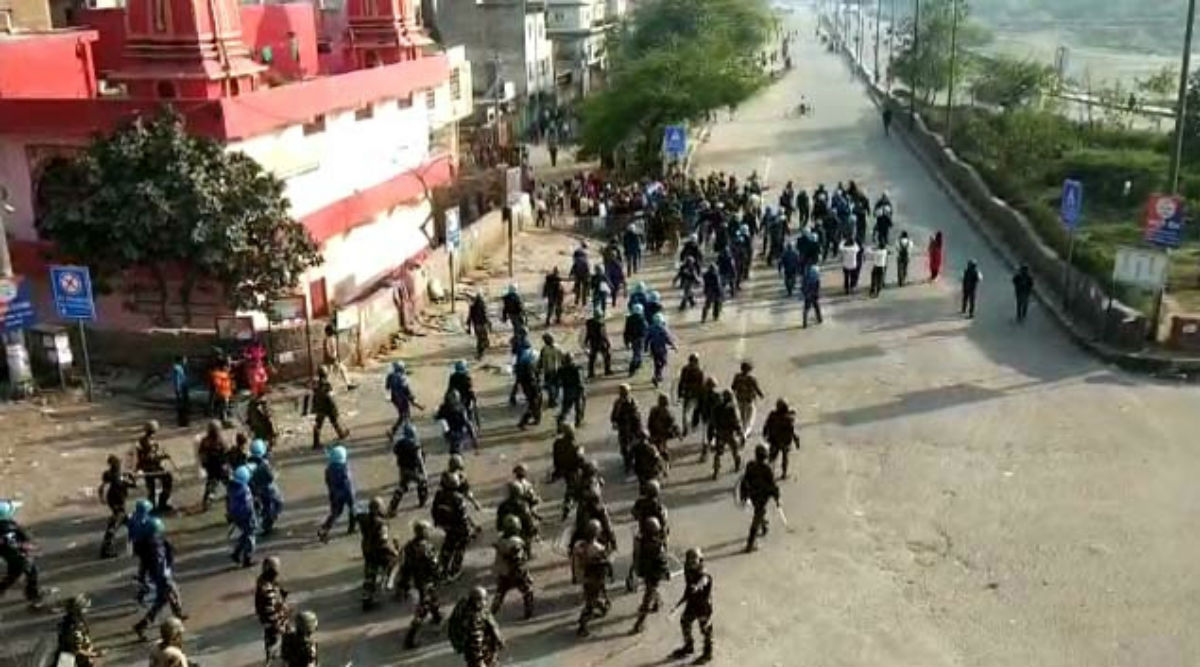 New Delhi, February 25: In a heart-warming incident that happened in violence-hit Delhi, a Bharatiya Janata Party (BJP) councillor saved a Muslim family from a violent mob. According to a report by India Today, the BJP councillor stopped the mob from setting the Muslim family's house on fire in Yamuna Vihar. The councillor, whose identity is kept secret, is a longtime friend of the family who left the area as the situation worsened. Delhi Violence: Six More Killed in Clashes Between Pro And Anti CAA Groups, Death Toll Mounts to 10.

A mob comprising of 150 people was going on a rampage, chanting slogans of 'Jai Shri Ram' at around 11:30 pm in Yamuna Vihar on Monday. They attempted to enter a Muslim neighbourhood and started setting properties and vehicles on fire. Narrating the horror, a member of the Muslim family said the mob first burnt down a boutique below their house and then torched their car and bike. This is when the BJP councillor arrives. Delhi Violence: Journalists Attacked by Mob While Covering Clashes Between Pro And Anti CAA Groups.

"The mob pulled out our car and a motorbike from our garage and set fire to it. They also damaged my tenant's boutique, causing damage of at least Rs 20 lakh," the family member was quoted as saying. He added that soon the BJP councillor arrived at the spot and prevented the mob from causing further damage to them or their property. "I escaped with my family as soon as we sensed trouble. It was the BJP ward councillor from the area who stopped the mob from setting our house on fire," the family member said.

Following the meeting, Kejriwal said that discussion with Amit Shah was "positive" and said all political parties have stressed upon restoring peace. "Hindus, Muslims, policemen are getting killed. Homes and shops are being set on fire? Who is this helping? No one. This madness must end," the Chief Minister said. In North East Delhi, Maujpur, Babarpur, Jaffrabad, Gokulpuri and Brijpuri were worst affected.