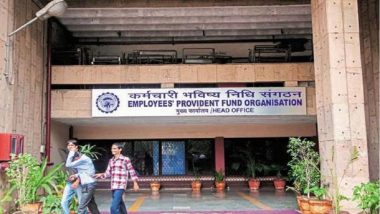 The provisional payroll data of EPFO published on 20th July, 2021 highlights that EPFO has added around 9.20 lakh net subscribers during the month of May, 2021. Despite crisis of second wave of Covid19 across the country, EPFO has been able to make a cumulative subscribers base of 20.20 lakh in the first two months of the current financial year.

Payroll data indicates that the impact of second wave of Covid19 pandemic on payroll addition is not as severe as it was for the first wave. This may be attributed to the timely support of the Government of India in the form of ABRY and PMGKY schemes alongwith various e-initiatives taken by EPFO including online claims submission, auto-claim settlement, online transfer of PF account, strengthened grievance redressal and services on mobile devices etc.

Of the total 9.20 lakh net subscribers added during the month, around 5.73 lakh new members have come under the ambit of Employees’ Provident Funds Scheme for the first time. During the month, around 3.47 lakh net subscribers exited but then rejoined EPFO by changing their jobs within the establishments covered by EPFO and opted to retain membership under the Scheme, through transfer of funds rather than coming for final withdrawal of their PF accumulations. Aadhaar-Ration Card Linking Deadline Extended Up to September 30, Nearly 92.8% Ration Cards Seeded With Aadhaar Card So Far.

As regards the age-wise comparison of payroll data, the age-group of 22-25 years has registered highest number of net enrollments with around 2.39 lakh additions during the month of May, 2021. This is followed by age-group of 29-35 with around 1.90 lakh net enrollments. Gender-wise analysis indicates that the share of female’s enrolment is approximately 21.77% of total net subscribers addition during the month.

State-wise comparison of payroll shows that establishments registered with the states of Maharashtra, Haryana, Gujarat, Tamil Nadu and Karnataka are still in the forefront by adding approximately 5.45 lakh subscribers during the month, which is around 59.29% of total net payroll addition across all age groups. During the current financial year, these 5 states have added around 11.83 lakh subscribers out of 20.20 lakh subscribers added so far.

Industry-wise payroll data indicates that ‘expert services’ category (consisting of manpower agencies, private security agencies and small contractors etc.) constitutes 46.77% of total subscribers addition during the month. The payroll data is provisional since the data generation is a continuous exercise as updation of employee record is a continuous process. The previous data hence gets updated every month. Since May, 2018 EPFO has been releasing payroll data covering the period September 2017 onwards.

EPFO is committed to extend social security benefits in the form of Provident, Pension and Insurance Funds to the organized workforce of the country covered under the purview of Employees’ Provident Funds & Miscellaneous Provisions Act, 1952.

(The above story first appeared on LatestLY on Jul 20, 2021 08:41 PM IST. For more news and updates on politics, world, sports, entertainment and lifestyle, log on to our website latestly.com).