Adv. Shabnam Latiwala said that Justice has finally prevailed. Adding further, she said, there was no merit and no evidence at all in the case as observed by the Maharashtra Medical Council. The entire case was a frivolous and malicious prosecution as all the charges against Dr.Yusuf Merchant were baseless and unsubstantiated. 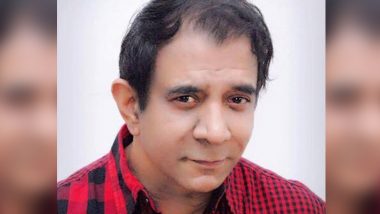 In September 2020, Maharashtra Medical Council had received a complaint from one PARA alleging that they represented victims and levelled various charges against Dr. Yusuf Merchant. Dr. Merchant is the well known and charismatic founder president of Drug Abuse Information Rehabilitation and Research centre, in Mumbai.

It was Dr Merchant, who got the deadly drug MCAT ( Meow Meow) banned in India by filing a PIL, when no one wanted to take on the Drug Mafia even at the cost of the youth of India.

He made many enemies since 1988 due to his All india drug prevention campaigns; and more so after MCAT (Meow Meow) was banned. Dr Merchant had filed a PIL to ban the deadly drug MCAT.

PARA itself is an unregistered body and does not even have an address. Dr. Yusuf Merchant was represented by Adv. Shabnam Latiwala and Dr Gopinath Shenoy.

After due deliberation, Maharashtra Medical Council effectively dismissed the complaint against Dr. Yusuf Merchant and exonerated him of all the charges, levelled and framed against him. The Council held that there was no evidence to substantiate the allegations levelled against Dr.Yusuf Merchant.

Adv. Shabnam Latiwala said that Justice has finally prevailed. Adding further, she said, there was no merit and no evidence at all in the case as observed by the Maharashtra Medical Council. The entire case was a frivolous and malicious prosecution as all the charges against Dr.Yusuf Merchant were baseless and unsubstantiated.

She stated that according to the order dated 31/03/2021 The Governing Council of MMC declared that Dr.Yusuf Merchant has not committed any violation of the Code of Medical Ethics or Professional Misconduct.

Adv. Latiwala stated that her client was indicted  by some disgruntled elements, who were trying to bring discredit and disrepute to her client and stop him from working in the arena of Rehabilitation of Substance Abusers. The said persons, supported by an unregistered and recently formed social organization PARA, tried getting a media trial for my client.

A question therefore arises, as to whether it actually exists or is a fictitious entity floated with sole purpose of maligning Dr. Merchant by creating a media campaign against him and discredit his good work.

According to Dr. Gopinath Shenoy,” Meaningless and baseless allegations have now become a norm. It is legalised harassment and extortion that doctors and other professionals are subject to nowadays.” Dr Yusuf Merchant has also received threatening and extortion calls for Rs. Three crores, in the past.

This complaint against Dr Merchant is a gross abuse of benevolent provisions of laws. A reputable person is being subjected to ignominy of facing a hearing in a complaint, which as per the Maharashtra Medical Council is nothing and without any merit.

Dr. Merchant had developed and was conducting a highly successful rehabilitation program for drugs addicts and patients of anxiety. His rehabilitation through community living program had begun 37 years ago at his own residence.

His novel rehabilitation through community living is a non-medical intervention. It is believed that his success rate is over 85 % for people who have completed the program.

Dr Merchant does not believe in giving medication but sees his rehab through community living as a half way home. It helps addicts and others to reintegrate back into society.