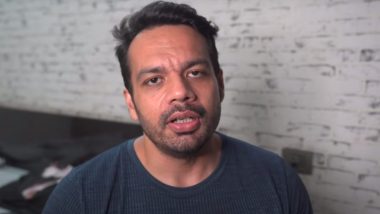 In the first video, he shared with the audience his plan on how he wishes to put up content on the channel. He said that initially there would be three streams a week and based on the response, they would take a call on whether to make it daily. 'Flying Beast' Pilot Gaurav Taneja Case: DGCA Starts Probe After AirAsia Pilot Allegedly Suspended For Flagging Serious Safety Concerns.

Taneja recently hogged the limelight following his video on his other popular YouTube channel Flying Beast where he alleged that the low-cost airliner violated safety norms. He further tweeted that he has been suspended by AirAsia India for "standing up for safe operations of an aircraft and its passengers." This happened a day after he posted a detailed video on YouTube titled "Reasons behind suspension from my pilot job."

The probe by DGCA was initiated on June 15, shortly after a pilot of AirAsia India was suspended by the company for going public with his allegations of safety lapses.

(The above story first appeared on LatestLY on Jul 09, 2020 08:27 AM IST. For more news and updates on politics, world, sports, entertainment and lifestyle, log on to our website latestly.com).