On Wednesday, petrol prices across the country reduced by about 0.5 paise, while diesel prices dipped by 0.7 paise across metropolitan cities. 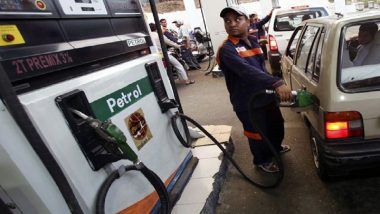 Take a Look at the Fuel Prices in Metro Cities:

According to a report by IANS, the hike in retail price of petrol and diesel prices is unlikely to become a problem for the ruling NDA government in the coming general elections as it seems to have tempered its policy of market-determined retail pricing of petroleum products that were hitherto being revised on a daily basis based on international prices.

(The above story first appeared on LatestLY on Mar 13, 2019 10:08 AM IST. For more news and updates on politics, world, sports, entertainment and lifestyle, log on to our website latestly.com).