Dera Sacha Sauda chief Gurmeet Ram Rahim withdrew his request to grant him parole of 42 days parole application. Ram Rahim had appealed for parole to Sunaria Jail authorities in Rohtak on June 21 for cultivating his farms in Sirsa. 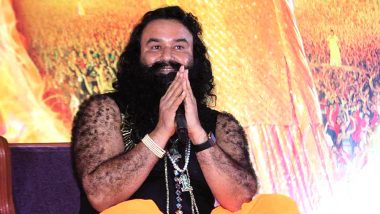 The Haryana police recommended his parole citing "good behaviour" in the jail. Haryana government was reportedly in favour of his parole. Haryana Chief Minister Manohar Lal Khattar on June 25 told reporters, “There are certain legal procedures and a person who has the right to seek parole can seek it. We can't stop anyone. As of now, no decision has been taken on Ram Rahim's parole.”  Gurmeet Ram Rahim Sentenced to Life Imprisonment in Journalist Ram Chander Chhatrapati Murder Case.

Ram Rahim was sentenced to 20 years in jail in August 2017 for raping his two woman devotees. On January this year, a special CBI court in Panchkula this January also sentenced him and three others to life imprisonment for the murder of a journalist Ramchander Chhatrapati in October 2012. Along with Ram Rahim along with three others were also convicted by the court.

(The above story first appeared on LatestLY on Jul 01, 2019 11:03 PM IST. For more news and updates on politics, world, sports, entertainment and lifestyle, log on to our website latestly.com).