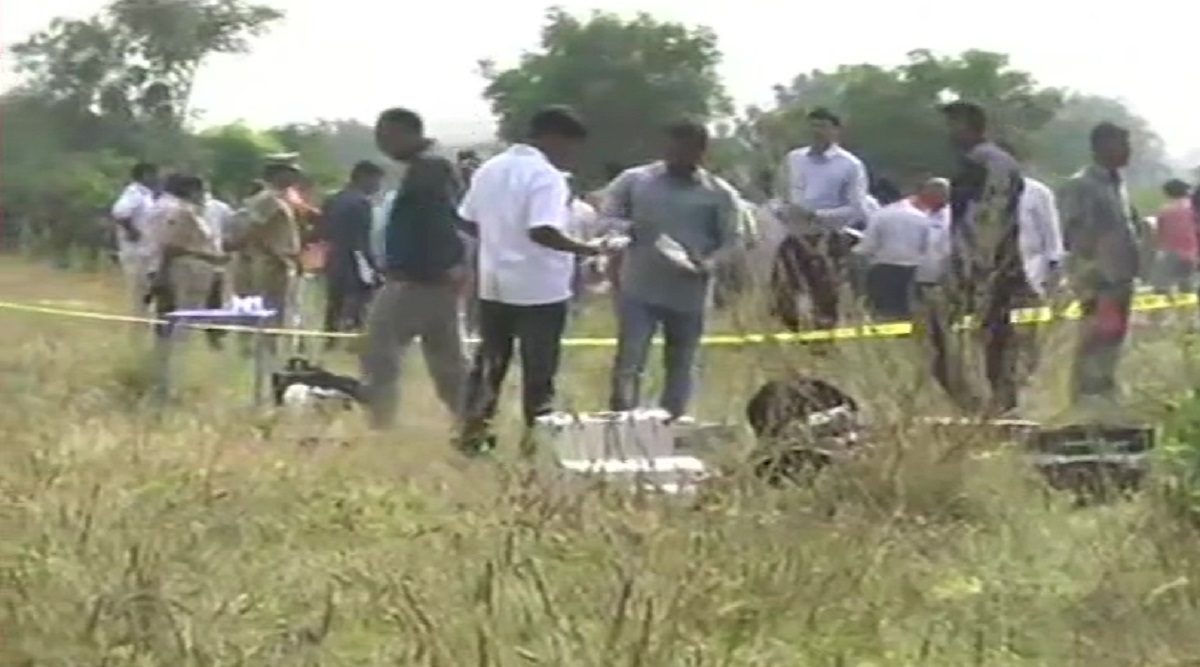 Site where the rape accused were 'encountered' | (Photo Credits: ANI)

Hyderabad, December 6: Telangana High Court on Friday directed that the bodies of Telangana rape-murder accused, who were killed in an encounter be preserved by the state till 8:00 pm on December 9. The Telangana High Court has also asked for the post-mortem video of the accused. Bodies will be handed over to the family after 8 pm on Monday night. Hyderabad Encounter: Shocked Families of Slain Rape-Murder Accused Question Cyberabad Police Action.

Meanwhile, Police have filed a case under Section 176 of the IPC (Indian Penal Code). A case is registered under this section when a person dies in police custody. Hyderabad, Unnao Cases Aftermath: Centre Writes to States, Wants Strict Compliance With Filing of 'Zero FIR', Says Women Security of Priority.

Telangana High Court has directed that the bodies of the four accused (in rape and murder of woman veterinarian), who were killed in the encounter today be preserved by the State till 08:00 pm on December 9. pic.twitter.com/SAeydG3kwZ

Giving the details about the encounter, Hyderabad Police chief VC Sajjannar said the accused were brought to the incident spot in the early hours of Friday to recover objects which the victim had left.

“The accused then attacked the police with sticks, snatched the weapons from us and started firing on policemen. The officers warned them and asked them to surrender but they continued to fire. Then we opened fire and they were killed in the encounter,” Sajjannar said.

The encounter has received praise from people and politicians across the country. The victim's father said that her soul will rest in peace now. However, the National Human Rights Commission (NHRC) has taken suo motu cognizance of the matter and ordered a probe.