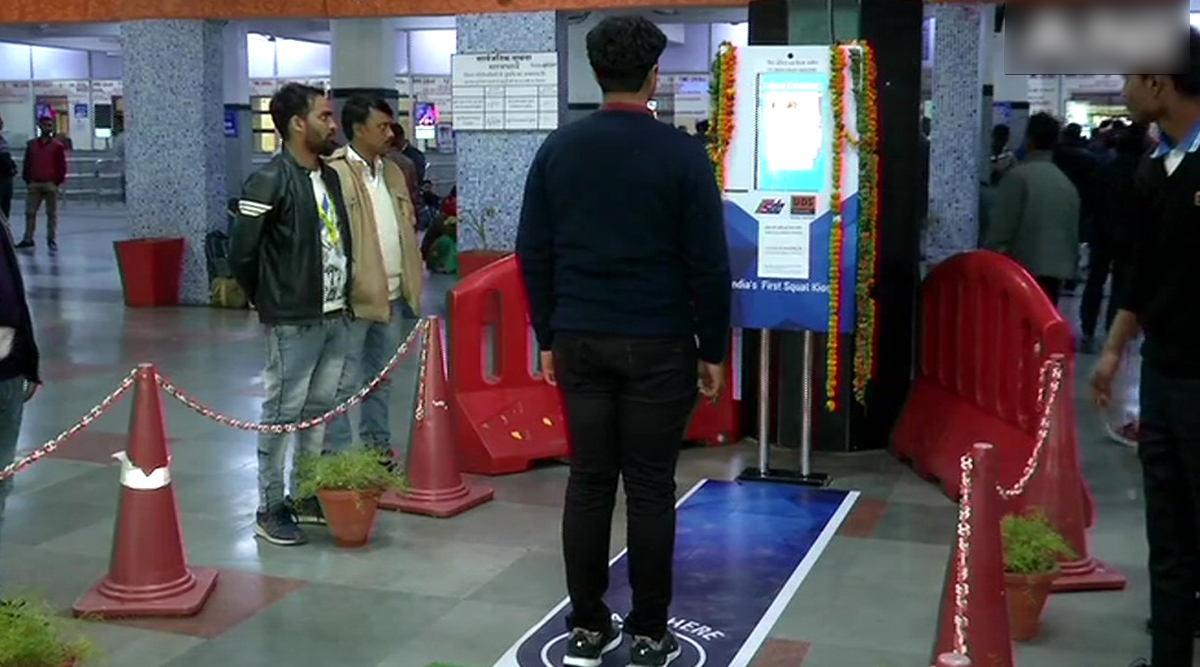 New Delhi, February 21: In a bid to promote “Fit India” campaign, the Indian Railways have launched a new initiative on Friday. As part of the initiative, a machine has been installed at the Anand Vihar Railway Station wherein free platform tickets will be given to the people who exercise at the installed “Squat Kiosk”. People have to do 30 squats in three minutes to get a free platform ticket. What is Fit India Movement? Know Everything About Narendra Modi Government's New Initiative to Keep India Healthy.

SK Lohia, MD, Indian Railway Stations Development Corp Ltd said, “It is an initiative to promote "Fit India" campaign. We have programmed the machine in a manner that if you do 30 squats in 3 minutes, you will get as an incentive a free platform ticket.” Free Railway Platform Ticket by Performing Squats at Anand Vihar Railway Station in Delhi; Watch Video.

#WATCH Delhi: Indian Railways has launched a new initiative wherein free platform tickets will be given to the people who exercise at the installed 'Squat Kiosk' at Anand Vihar Railway Station. pic.twitter.com/8t8yO1OTzy

“Fit India” was launched by Prime Minister Narendra Modi last year in August with an aim to encourage people to inculcate physical activity and sports in their everyday lives. The announcement of launching Fit India Movement was made by PM Modi during "Mann Ki Baat" on August 25. Fit India Movement: Sad Facts About Indians’ Fitness Will Make You Hit The Gym… But First, It Will Make You Cry.

A committee comprising government officials, members of Indian Olympic Association (IOA), national sports federations, private bodies and fitness promoters was formed to advise the government on the Fit India Movement. It will be under the chairmanship of Sports Minister Kiren Rijiju.