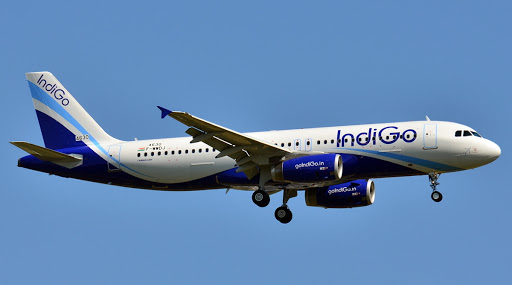 New Delhi, February 19: A man tried to forcibly open an aircraft door on IndiGo's Delhi-Jeddah flight on Tuesday evening when it was taxiing for takeoff, prompting the captain to return to the parking bay and off-load the errant passenger, a senior government official said.

The male passenger and another who were involved in the "unruly situation" were off-loaded from the plane and the flight departed from Delhi airport after a delay of around two hours, the official added. IndiGo to Start New Service Between Kolkata and Dhaka, Add Jorhat to Its Network.

"A group of 110 passengers of connecting flight from Srinagar were travelling on this A321 aircraft. Their two co-passengers were off-loaded at boarding gate as they had lost their boarding pass.

"During taxiing (for takeoff) the group leader demanded that two members of their group be accepted on board. Crew stopped him and convinced him to be seated on his place but again passenger shouted on board and tried to open the door," the official told PTI.