The incident dates back to December last year, when the girl was told by her friend and "casting director" Milind that a director whom he knows can launch her in an upcoming web series. The director, identified as Vijendra, invited both of them at his farmhouse. At the farmhouse, intimate scenes involving the girl were shot. 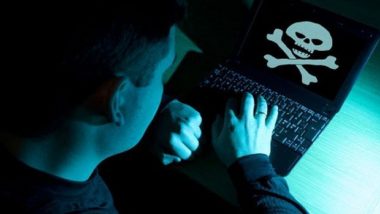 At the farmhouse, intimate scenes involving the girl were shot. Months later, the girl came to know that the footage, instead of being edited and used for a web series, was uploaded on a pornographic content website.

She approached Milind and Vijendra to ask them to delete the footage, which had been viewed four lakh times by then. After being turned away by them, the girl approached the police station and registered a complaint against five people, Navbharat Times reported.

The police swung into action after registering the FIR against five accused. They arrested Milind earlier this week, whereas, a search operation is underway to nab others including Vijendra.

(The above story first appeared on LatestLY on Jul 31, 2020 12:01 AM IST. For more news and updates on politics, world, sports, entertainment and lifestyle, log on to our website latestly.com).