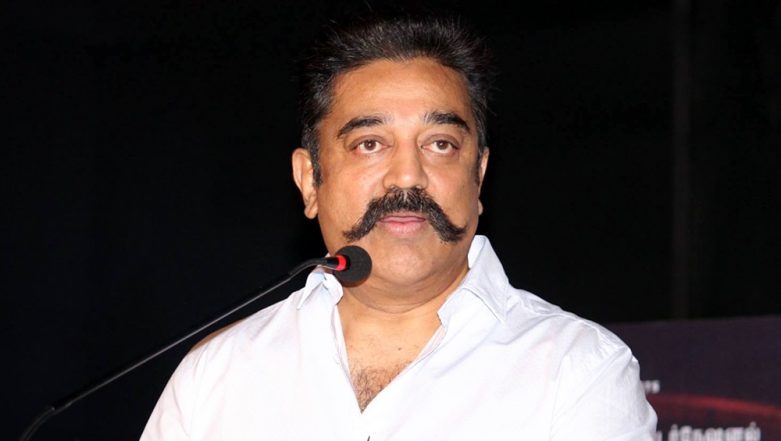 In a plea, petitioner had stated that Makkal Needhi Maiyam party president comment was made intentionally in the presence of a Muslim-majority crowd for poll gain, which is a corrupt practice under Section 123(3) the Representation of the People Act (RPA) 1951. "Mr Kamal Haasan is deliberately promoting enmity between different groups on the grounds of religion and doing acts prejudicial to maintenance of harmony and brotherhood, which is an offence under Section 153A of the IPC," the plea said.

Kamal Haasan on Sunday stirred a controversy by saying that the "first terrorist in independent India was a Hindu", referring to Nathuram Godse, the man who assassinated Mahatma Gandhi. Haasan made this comment while campaigning in Tamil Nadu's Aravakurichi assembly constituency. ‘Kamal Haasan’s Tongue Should Be Cut Off for Hindu Terror Remark’, Says AIADMK Leader KT Rajendra Balaji.

"I am not saying this because many Muslims are here. I am saying this in front of Mahatma Gandhi's statue. The first terrorist in independent India is a Hindu. His name is Nathuram Godse," Haasan said. His comments drew flake by BJP and other Hindu outfits. A Tamil Nadu minister KT Rajenthra Balaji said that Kamal Haasan's tongue should be "chopped" for this remark.