An incident of an engaged Hindu woman eloping with a Muslim man has come to light in Raichur district of Karnataka. 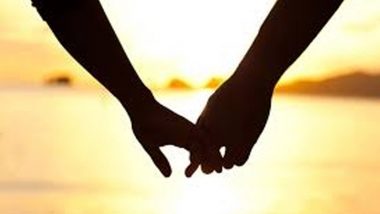 Raichur, Dec 2: An incident of an engaged Hindu woman eloping with a Muslim man has come to light in Raichur district of Karnataka.

The girl's parents have alleged that their daughter had fallen prey to love jihad.

According to police on Friday, Bharthi, a resident of Netajinagar locality in Raichur city was engaged to a Hindu man from Hoovinahadagali and their marriage was fixed by families. UP Shocker: School Teacher Thrashed by Three Youths for Opposing Eve-Teasing in Ambedkar Nagar, Three Anti-Romeo Squad Cops Suspended.

However, Bharthi was in love with Rihan, who worked at a flower shop with her. After her engagement, she eloped with Rihan and married him.

Rihan and Bharthi had got married at a registrar's office in Hyderabad city on November 6 for which the girl converted to Islam.

The parents lodged a missing case with the local police.

Later, they lodged a complaint alleging that Rihan had trapped their daughter into marriage and forcibly converted her to Islam. Bihar Shocker: 14-Year-Old Hindu Girl Elopes With Muslim Tutor in Begusarai; FIR Lodged Against Accused.

The police managed to track them and when inquired, the girl refuted all allegations against Rihan.

She told police that she was in love with Rihan and married him as per her wish.

The police have closed the case and let them free after her statement.

(The above story first appeared on LatestLY on Dec 02, 2022 10:28 AM IST. For more news and updates on politics, world, sports, entertainment and lifestyle, log on to our website latestly.com).