The Karnataka Police have nabbed a gang of three HIV-infected chain snatchers, who had entered into physical relation with the several sex workers in Bengaluru, police said on Friday. 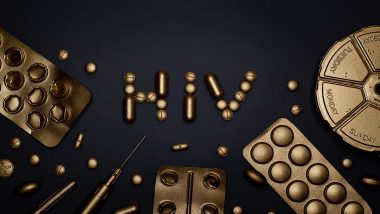 Bengaluru, June 10: The Karnataka Police have nabbed a gang of three HIV-infected chain snatchers, who had entered into physical relation with the several sex workers in Bengaluru, police said on Friday.

The investigations have revealed that the accused persons in the age group of 20-30 years, despite being infected with HIV, established physical relations with sex workers without their knowledge. During the probe, the accused revealed they had visited around 90 sex workers. Delhi Woman Thrashes Chain Snatcher in Nangloi, CCTV Footage Goes Viral.

The jurisdictional Jayanagar police have said a search has been launched to track and identify the affected women. The accused chain snatchers have been identified by the police.

The police have seized 140 grams of six gold chains and two bikes from the accused. On May 26, the gang snatched a gold chain from a woman, named Nitya in the Jayanagar police station limits.

The investigating officers tracked CCTV, mobile phone calls and finally nabbed the snatchers near Magadi. The police tracked more than 2,000 calls and worked for a long time to track the accused chain snatchers, police said.

The accused are habitual offenders and targeted lonely women wearing gold chains and committed the snatching in isolated places. As per the police, the youths had met in the Central Prison of Parappana Agrahara in Bengaluru some time ago where they hit upon the idea of forming a gang.

After coming out from the prison, they took to chain snatching as a gang. They sold gold the chains and spent all the money on sex workers and other luxuries. Further investigation is on.

(The above story first appeared on LatestLY on Jun 10, 2022 09:53 AM IST. For more news and updates on politics, world, sports, entertainment and lifestyle, log on to our website latestly.com).