In a recent court judgement in Kerala, a fifty-four-year-old man accused of molesting a nine-year-old boy was sentenced to five years of imprisonment under the Protection of Children from Sexual Offences (POCSO) Act. 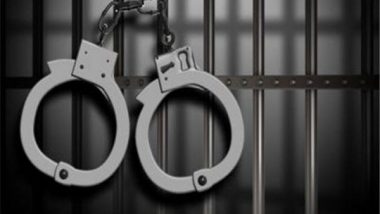 In a recent court judgement in Kerala, a fifty-four-year-old man accused of molesting a nine-year-old boy was sentenced to five years of imprisonment under the Protection of Children from Sexual Offences (POCSO) Act. The special fast track court made the conviction after the boy told the court during the trial that he is well aware of 'good touch' and 'bad touch', and he knows that the accused touched him with a bad intention and deserves to be punished. Uttarakhand Shocker: Haryana Native Kidnaps, Rapes 10-Year-Old Girl; Arrested Under POCSO Act

According to a report Published by LiveLaw, the boy said in the court,

"That was bad touch. I learnt from school about 'good touch' and 'bad touch' and can differentiate between the two. The uncle is guilty and should be punished."

After the boy’s statement the court observed that sex education imparted at the school level has had a positive impact on the young children.  Tamil Nadu Teacher Held for Marrying Her 17-Year-Old Minor Student in Perambalur

Judge R Jayakrishnan sentenced Vijayakumar and also imposed a fine of ₹25,000 after the boy’s statement. Failing to pay the fine, his imprisonment will be extended to six more months.

The molestation happened on November 26, 2020, in the boy's residence in Thumba, Kerala, where the accused worked as domestic help, reported Asianet News. He forcefully caught hold of the boy and groped him. Having understood that it was bad to touch, the boy conveyed the matter to his parents and urged them to lodge a complaint. The court judgement also mentioned that the government should provide compensation to the boy, and if the accused is paying the fine, it will be given to the child.

(The above story first appeared on LatestLY on Jan 19, 2022 07:24 PM IST. For more news and updates on politics, world, sports, entertainment and lifestyle, log on to our website latestly.com).