After killing his 8-year-old son, the man attempted suicide but was stopped in time by his father. 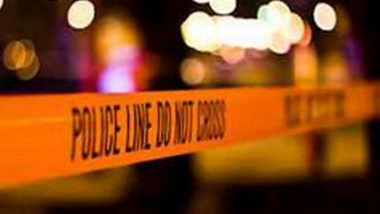 Ludhiana, August 17: In a horrifying incident, a man allegedly killed his eight-year-old son at their home in Ludhiana's Meharban area on Sunday night. TOI reported that after killing his son, the man attempted suicide but was stopped in time by his father.

As per the reports, the man's father, Ganesh Singh, in his statement, said his son, Jagdish Singh’s wife had died a few days ago and he had been depressed since then. On Sunday night, he woke up to the sound of his crying. When he entered the room, he found Jagdish on the floor and his grandson Gursharan lying on the bed. Chhattisgarh Shocker: Man Dies by Suicide After Killing Son, Daughter in Raipur; Decomposed Bodies Recovered.

The cops booked Jagdish under relevant sections of the Indian Penal Code (IPC). The accused has been arrested, said police.

(The above story first appeared on LatestLY on Aug 17, 2022 06:53 PM IST. For more news and updates on politics, world, sports, entertainment and lifestyle, log on to our website latestly.com).