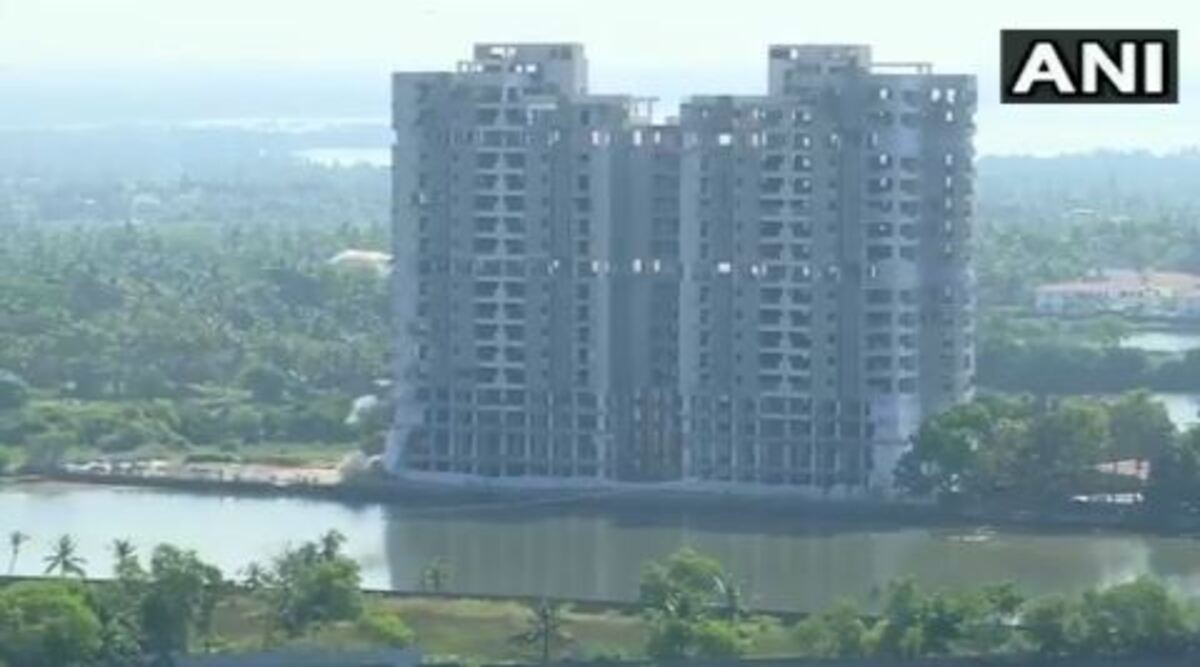 Kochi, January 12: Golden Kayaloram, the fourth and last Maradu residential apartment was razed by controlled implosion in Kochi on Sunday afternoon as per the directions of the Supreme Court. The building came crashing down, leaving the entire area in a cover of white smoke. Earlier today, Jain Coral Cove, the apartment having the maximum number of housing units among the illegally built buildings, was razed down at 11:02 am. Maradu Flats in Kochi Reduced to Rubble Within Seconds, Watch Video of H2O Holy Faith and Alfa Serene Demolition.

The authorities coordinated the operations from a control room set up at the office of the Inland Waterways Authority of India. As per municipal records, there were 122 housing units in Jain Coral Cove and 41 in Golden Kayaloram.

#WATCH Maradu flats demolition: Jain Coral Cove complex demolished through a controlled implosion.2 out of the 4 illegal apartment towers were demolished yesterday, today is the final round of the operation. #Kochi #Kerala pic.twitter.com/mebmdIm1Oa

The prohibitory orders that were clamped in the area will remain imposed for the day. The district administration on Saturday imposed Section 144 of the Code of Criminal Procedure (CrPC).

On Saturday, the 19-floor H2O Holy Faith apartment complex with 90 flats and the Alfa Serene complex with twin towers were demolished at 11 am and 11:05 am respectively. The buildings are razed for violating the Coastal Regulation Zone (CRZ) rules. The directions in this regard were passed by the Supreme Court last year.