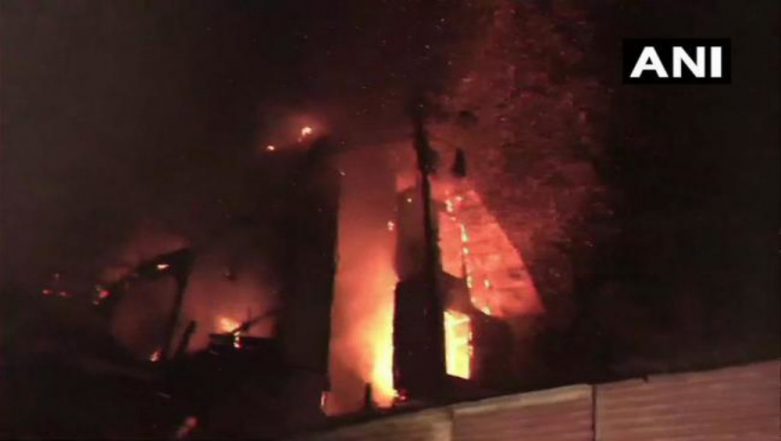 Shimla, May 13: A massive fire broke out on Monday at the British-era Grand Hotel here, reducing a portion to ashes. However, no casualties were reported, police said.

The hotel's newly-renovated Mayo Block was completely destroyed in the fire. Since the building was under renovation, there was no guest at the time of the incident. Shimla Deputy Commissioner Rajeshwar Goel told IANS that nearby buildings were safe and the fire was brought under control.

A major fire breaks out at historic Grand hotel of Shimla located along the Mall Road in the wee hours. pic.twitter.com/gPqimFv6wJ

The cause of the fire is yet to be ascertained. The building, located in the vicinity of famous Kali Bari temple, close to Scandal Point, was constructed in British times.