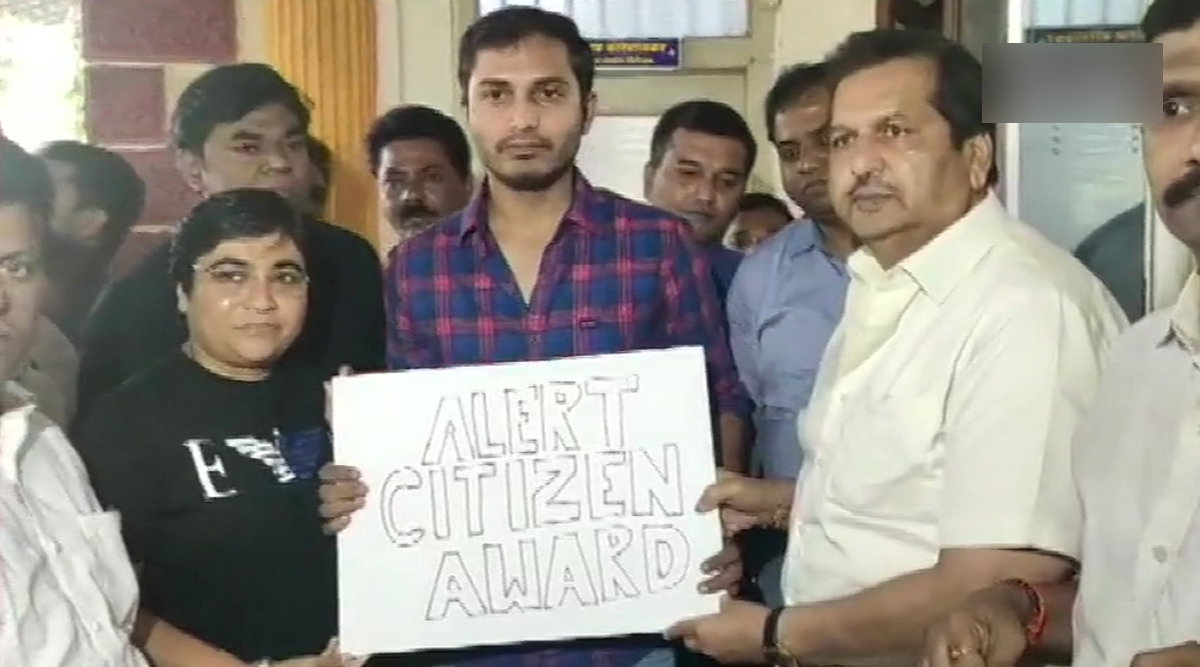 Mumbai, February 8: Mumbai BJP President Mangal Prabhat Lodha on Saturday felicitated Uber driver Rohit Singh who took his passenger to Mumbai's Santa Cruz police station instead of the destination after he overheard him talking about the anti-Citizenship law protests on February 5. Mumbai Police had recorded statements of both Uber driver and the passenger but founding nothing suspicious. Mumbai: Uber Cab Driver Takes Poet Bappaditya Sarkar to Santacruz Police Station After Listening His Conversation About 'Anti-CAA Protests'.

Poet Bappadittya Sarkar, who was returning from an anti-CAA protest, was threatened by the cab driver. According to Sarkar, the cab driver took him to a police station as he was taking on the phone about "protest cultures in different cities, what happened at Shaheen Bagh, people's discomfort with Laal Salaam and how we could make Jaipur's protests more effective".

Mumbai BJP Pres MP Lodha felicitates Uber driver who took his passenger to Santa Cruz police station instead of the destination, after he heard him make a phone conversation over anti-CAA protest on 5th Feb. Police had recorded statements of both but found nothing suspicious. pic.twitter.com/9EHx2UyObH

The Police, however, did not find any substance in the complaint and no further action was taken. Sarkar who arrived for poetry reading session at famous Kala Ghoda Festival 2020, took part in anti-CAA protests at Mumbai Bagh.