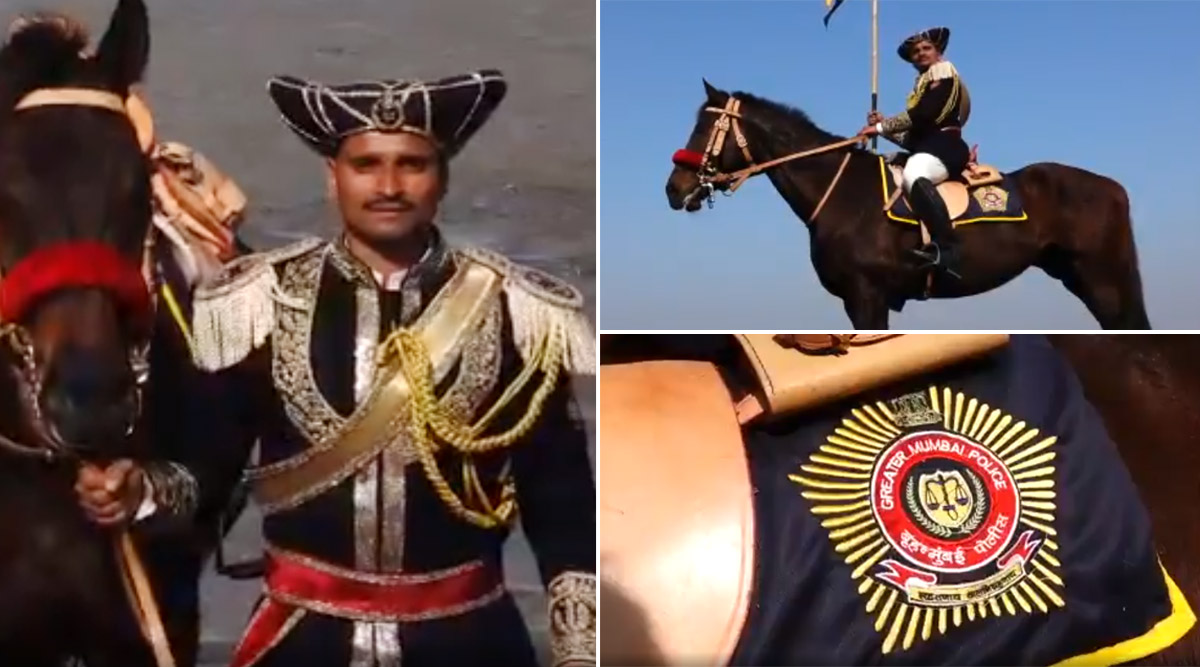 Mumbai, January 20: The Mumbai Police on Monday thanked fashion designer and stylist Manish Malhotra for designing the elegant uniform of the  riders of its Mounted Police Unit. The metropolis is set to get a horse-mounted police unit for traffic and crowd control. "Regal in stature, Formidable in form, the "Mounted Police Unit" returns to Mumbai Police. Thank you Manish Malhotra  for designing such an elegant uniform for our Riders. Our Mounted Unit is sure to make a strong impact during law and order situations", the Mumbai Police tweeted.

The new police unit will be seen patrolling the city after a gap of 88 years. Maharashtra Home Minister Anil Deshmukh on Sunday informed that the unit will be taking part in the Republic Day parade at Shivaji Park in Mumbai after which the horses will be deployed on duty.

Thank you @ManishMalhotra for designing such an elegant uniform for our Riders.

Our Mounted Unit is sure to make a strong impact during law and order situations. pic.twitter.com/S0T6bcvdR9

In the next six months, the unit will comprise 30 horses apart from a sub-inspector, one assistant PSI, four havaldars and 32 constables. Deshmukh said the mounted police unit, which would patrol the streets of the bustling metropolis, was disbanded in 1932 due to growing vehicular traffic. The Minister added saying that if need be, similar units will be deployed even in Pune and Nagpur.

He further said that at the time when Mumbai police has modern jeeps and motorcycles, it was felt a mounted police unit would be useful for crime patrol in crowded areas. "For the first time since Independence, Mumbai will have mounted police unit," he told reporters at a press conference.

The Minister is of the opinion that the horses in the unit can be used for crowd control during festivals and marches, at beaches and the rider can keep watch from a good height. He claimed a policeman on horseback was equal to 30 personnel on the ground.