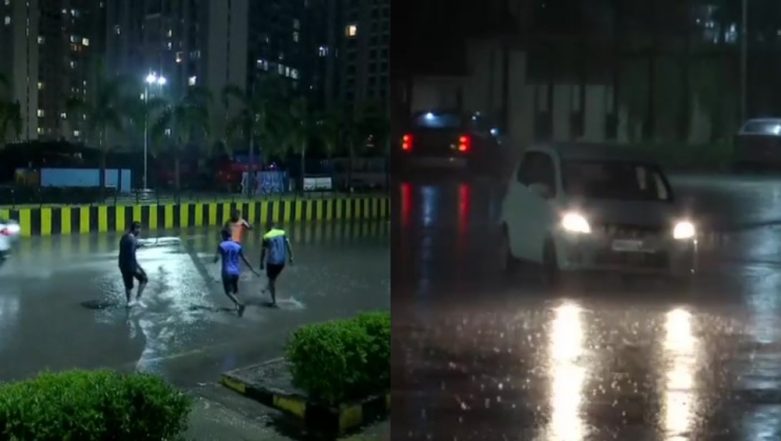 Mumbai, June 14: At least three deaths have been reported in Mumbai as heavy pre-Monsoon showers combined with strong winds have hit the Maharashtra capital. The latest casualty was reported in Govandi on Friday evening, where 43-year-old Nitin Shirvalkar died after a tree branch fall on him.

Earlier, two others were killed and one was injured in incidents of tree collapses since Thursday. Mumbai and its adjacent areas have been receiving rains amid strong winds over the last few days. Cyclone Vayu Delays Monsoon in Mumbai by 7 Days, Says IMD

Two persons were injured when a tree branch fell on them near Vijaykar Wadi on SV Road in Mumbai's Malad around 6.30 am today, an official of the disaster management unit of the Brihanmumbai Municipal Corporation (BMC) said.

Shailesh Mohanlal Rathod, 38, was declared brought dead at Shatabdi Hospital while the other person was undergoing treatment, said the official.

On Thursday, 48-year-old Anil Ghosalkar was critically injured when a tree collapsed at Takshashila Cooperative Housing Society in suburban Jogeshwari. He died due to the injuries at Holy Spirit Hospital Friday, the official said.

A notice had been issued to the housing society on April 24 to get the overgrown trees on its premises trimmed, the official added.