The water supply will be disrupted in several parts of the K-West and K-East wards of Maharashtra’s capital city Mumbai for two days. The Brihanmumbai Municipal Corporation (BMC) made an announcemnet regarding this. 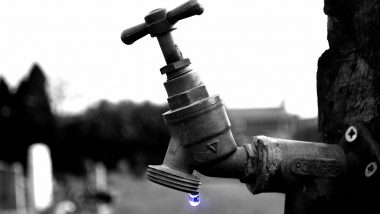 Mumbai, October 4: The water supply will be disrupted in several areas of the K-West and K-East wards of Maharashtra’s capital city Mumbai for two days, the Brihanmumbai Municipal Corporation (BMC) said in an announcement. Due to this, there will be water cut in Andheri on October 6 and 7. Notably, K-West and K-East wards cover Juhu, Andheri (West), and Andheri (East) areas.

According to a report published in The Times of India, the civic body will undertake repair work to fix a leakage in a 1,200 mm-diameter pipeline at the Versova outlet. The BMC requested citizens living in these areas to store adequate water. Mumbai Rains: Water Complex Hit at Bhandup, Boil Drinking Water.

The pipeline is located near Nand Bhavan industry on Mahakali Caves Road in Jogeshwari East area of Mumbai. “Due to these works, water supply in K/East and K/West wards will be affected,” reported the media house quoting BMC as saying. The repairing work will start on October 6 at 10 am. It will be completed by 10 am on October 7. Notably, Parel area of the city will also face water restricted water supply on October 5 and 6.

(The above story first appeared on LatestLY on Oct 04, 2021 04:21 PM IST. For more news and updates on politics, world, sports, entertainment and lifestyle, log on to our website latestly.com).