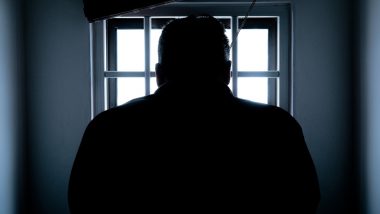 According to a report, published in TOI, the woman took the photograph of the Tayade and complained with the GRP. Following this, she reached the spot where she saw teh man last, but he went missing. Later in the evening, the GRP personnel arrested him while he was found loitering on the platform. Maharashtra: Pregnant Woman Travelling From Karjat to Parel Gives Birth at 1 Rupee Clinic at Thane Railway Station.

Informing more about the development of the case, Head constable Sajid Shaikh of Panvel GRP said, as the daily quotes, "Accused Ratnakar Tayade hails from Buldhana and stayed near the Kharghar creek. He used to take up petty jobs. He had started working as a helper at a roadside vada pav stall just four days ago."

The police official also mentioned that post-Tayade's arrest, he was produced before the court on Friday and sent to judicial custody. He also stated that Tayade was arrested and booked under Section 354A (2) of the IPC for sexual harassment.

(The above story first appeared on LatestLY on Oct 12, 2019 02:12 PM IST. For more news and updates on politics, world, sports, entertainment and lifestyle, log on to our website latestly.com).