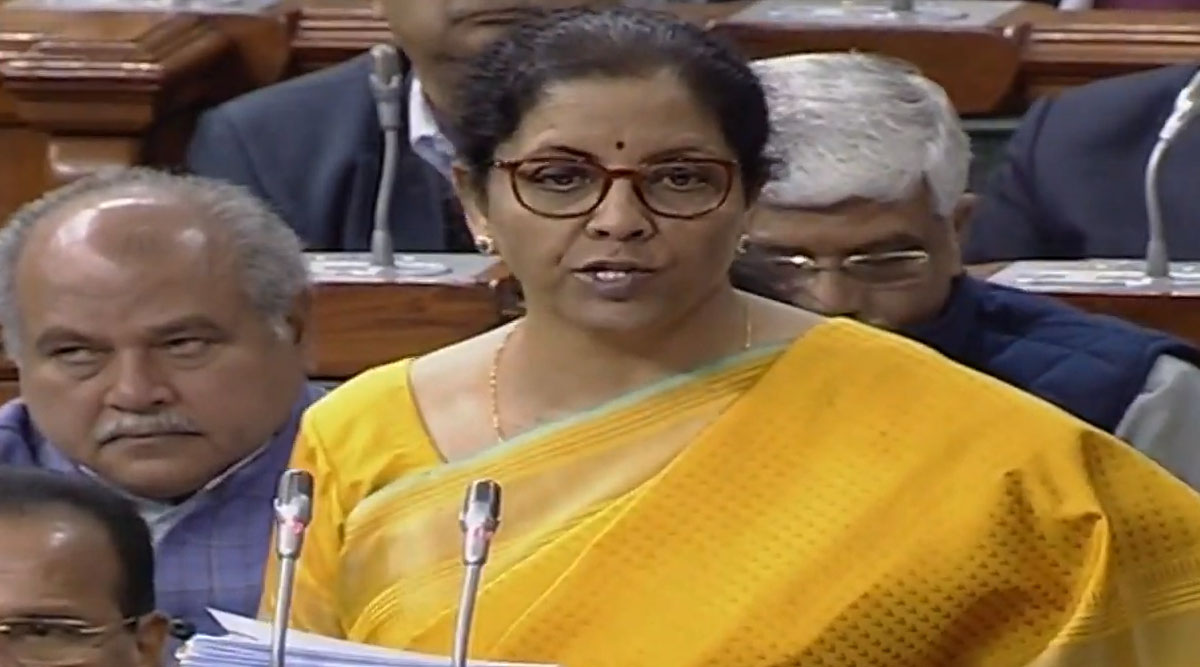 New Delhi, February 2: With experts terming the new tax regime complex and unavailing, Finance Minister Nirmala Sitharaman on Sunday said the new structure will definitely benefit taxpayers in certain brackets, and more clarification will be issued by the government, if needed.

Soon after the announcement of new income tax regime, the government on Saturday evening came out with a list of exemptions applicable for taxpayers switching to the new tax system. Income Tax on NRIs: No Intention to Tax Income of Non-Resident Indians, Clarifies Nirmala Sitharaman.

"Last night one set of clarificatory notes was released, today there will be more. That the new scheme will eventually result in people paying more than in the old scheme, why would I come with such a system," Sitharaman said here. She defended the new scheme by saying that it will benefit some taxpayers falling in certain brackets, if not all.

"…because the income cuts are deeper in the new scheme, we believe a taxpayer from a particular income bracket will be much better off coming into the new system. And the new system, however much I repeatedly say has no exemptions, there are some exemptions that we have allowed in the new system also," she said.

Industry experts, however, said that two tax regimes with optionality for personal tax, as in case of corporate taxes, only make the structure more complicated.

"With the optional new regime, taxpayers will have to evaluate what works better for them. Those committed to long-term savings and investing via 80C may be discouraged and this may likely de-motivate them from investing in tax-saving asset classes," said Archit Gupta, founder of Cleartax.

The government on Saturday introduced new tax slabs with reduced rates for an annual income of up to Rs 15 lakh for those foregoing exemptions and deductions under a simplified tax regime. The new income tax system is optional and a taxpayer can choose to remain in the existing regime with exemptions and deductions. It is to be noted that once the option to opt for new tax regime is exercised, it will remain valid for subsequent years.

"In order to provide significant relief to the individual taxpayers and to simplify the Income-Tax law, I propose to bring a new and simplified personal income tax regime wherein income tax rates will be significantly reduced for the individual taxpayers who forgo certain deductions and exemptions," Sitharaman said in her Budget Speech. Union Budget 2020-21 Highlights: FM Nirmala Sitharaman Announces New Income Tax Slabs But With Riders, Allocates Rs 2.83 Lakh Crore For Agriculture and Rs 69,000 for Healthcare; Here Are All Updates.

"The new tax regime shall be optional for the taxpayers. An individual who is currently availing more deductions and exemption under the Income Tax Act may choose to avail them and continue to pay tax in the old regime," the minister had said. The proposal would lead to a revenue sacrifice of Rs 40,000 crore per annum.