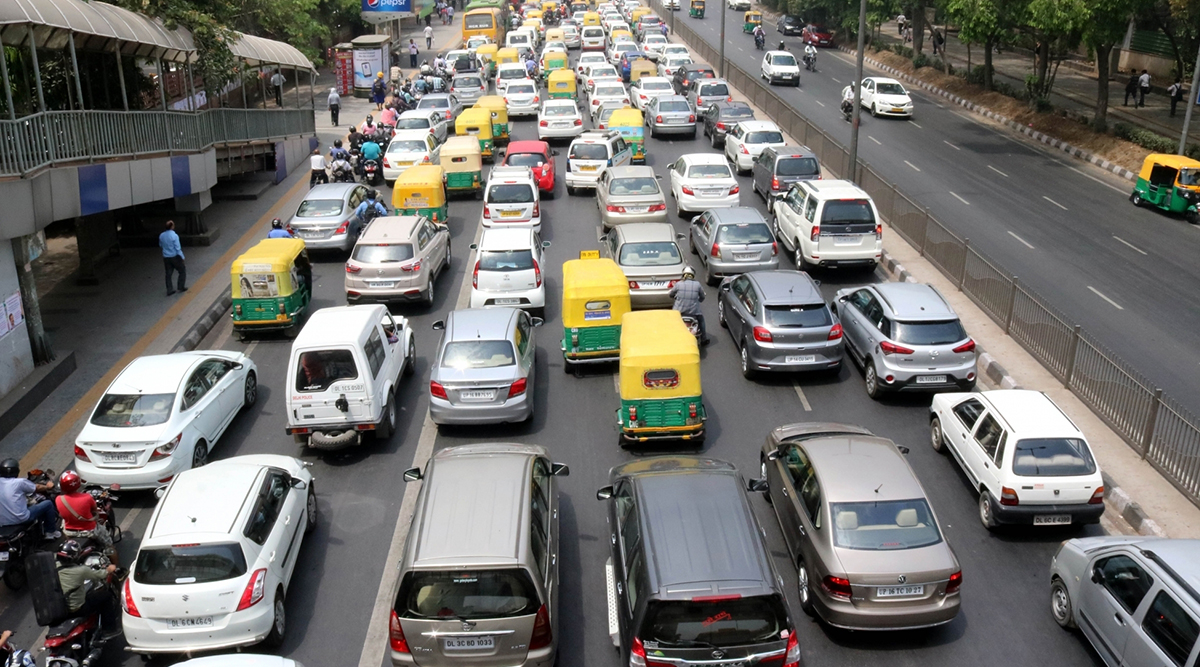 New Delhi, November 6: The Delhi police issued a total of 406 challans on the third day of the odd-even vehicle scheme. However, the number of challans issued on Wednesday was less than those issued the on the second day of the scheme. As per the official data, 562 challans were issued on Tuesday. Meanwhile, on Monday, 271 challans were issued by the Delhi police. Odd-Even Rule, Day 3 Today: Delhi Air Quality Improves But Remains in 'Unhealthy' Category, Smog Continues to Cover the Sky.

The violators of the odd-even rule are being fined Rs 4,000. The odd-even rule is in force from 8 am-8 pm till November 15. According to reports, 465 teams of traffic, transport and revenue departments have been deployed across Delhi to implement the scheme. Odd-Even to be Relaxed in Delhi on November 11-12 For Guru Nanak Dev's 550th Birth Anniversary Celebrations.

The Aam Aadmi Party (AAP) claimed that due to the odd-even rule, around 15 lakh vehicles had been pulled out from Delhi roads. Women drivers, CNG and electric vehicles, and two-wheelers have been exempted from the odd-even scheme. The rule returned in the national capital for the third time this November owing to the rise in air pollution in the national capital and its surrounding areas. Stubble Can be Converted Into CNG, Says Arvind Kejriwal Asking Neighbouring States to Come Together to Work on it.

On Wednesday, national capital’s air quality continues to remain polluted. According to Air Quality Index data, the pollutants PM 2.5 at 279 and PM 10 at 250, are in "poor" category in Lodhi Road area. Schools have reopened from today after the Delhi government declared a public health emergency on Friday.