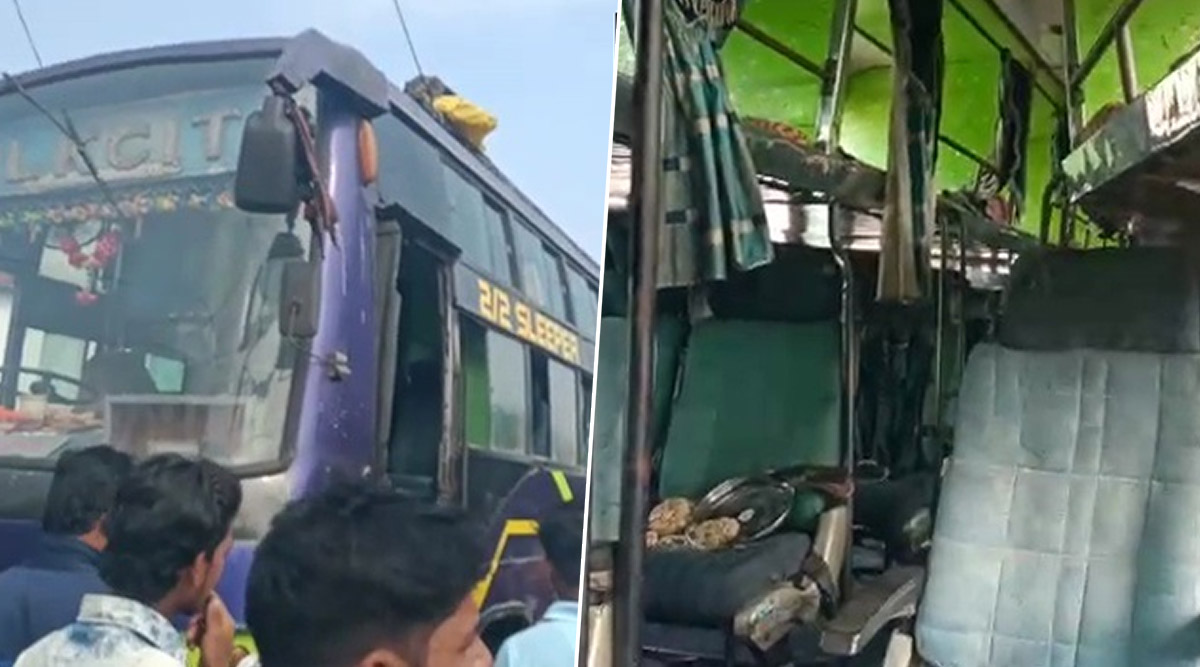 Bhubaneswar, February 9: In a tragic incident, at least six people died and over 40 people were injured after the bus they were travelling in, caught fire in Odisha. According to a tweet by ANI, the incident took place in Ganjam district of Brahmapur on Sunday afternoon. Reports inform that the bus caught fire after it came in contact with an overhead power transmission 11 KV wire.

As soon as the incident was reported, police rushed to the spot to take a stock of the situation. The injured people have been sent to MKCG Medical College and Hospital in the district. The accident took place near Nandarajpur under the Golanthara police limits of Ganjam district. Berhampur Superintendent of Police (SP) Pinak Mishra said the injured have been admitted to MKCG Medical College and Hospital in Berhampur.

Odisha: At least 6 persons dead and around 40 passengers injured after the bus they were travelling in caught fire after coming in contact with 11 KV live electric wire in Ganjam district, Brahmapur. Injured persons have been sent to MKCG Medical College and Hospital. pic.twitter.com/MFB6YsOIqN

According to a report by IANS, the locals, police and fire officials rescued the passengers. After the incident, transport Minister Padmanabh Behera said that an inquiry would be conducted into the incident and action would be taken accordingly. Reports state that the passengers were on their way to attend an engagement ceremony when the bus came in contact with an 11 KV electric line.

A report by Odisha Bytes stated that Chief Minister Naveen Patnaik expressed deep grief at the death of the six persons and announced ex gratia of Rs 2 lakh each to the next of the kin of the deceased. All the injured passengers at MKCG will be given free treatment.