The news that old series of Indian currency notes, including Rs 100, Rs 10 and Rs 5 would go out of circulation in coming March or April is 'fake' news. A fact check by PIB stated that the claim is completely misleading as the RBI has not made any such announcement in this regard. 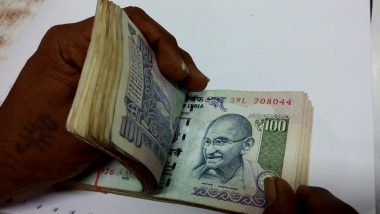 New Delhi, January 24: The news that old series of Indian currency notes, including Rs 100, Rs 10 and Rs 5 would go out of circulation in March or April 2021 is 'fake' news. Earlier, reports quoted B Meena, the Assistant General Manger of RBI, saying that the apex bank is planning to withdraw old series of these currency notes and put them out of legal money flow in the economy. The misleading information led to confusion among people. Rubbishing all the rumours, a fact check by the Press Information Bureau (PIB) stated that the claims that these currency notes will be withdrawn from circulation, is completely baseless and misleading. The clarification termed the claim as 'fake' and said that the RBI has not made any such announcement in this regard.

In the last week, several media reports quoted the RBI official saying that people do not accept the coins and avoid dealing in them, adding that even after 15 years of introducing Rs 10 coin, traders and businessmen have not accepted the coins which has become a problem for banks and RBI. New Indian Rupee Notes in 2018: From Rs 2,000 to Rs 100, Here’s How Currency Denominations Continued to Evolve After Demonetisation.

Here's the Clarification Issued by PIB:

The central bank had issued new Rs 100 notes in lavender colour in 2019, however the existing series is still a legal tender. Following demonetisation in 2016, RBI had introduced the largest legal tender of Rs 2000 and a Rs 200 series.

(The above story first appeared on LatestLY on Jan 24, 2021 12:37 PM IST. For more news and updates on politics, world, sports, entertainment and lifestyle, log on to our website latestly.com).