Pakistan Will Not Be on World Map Again, Says Indresh Kumar 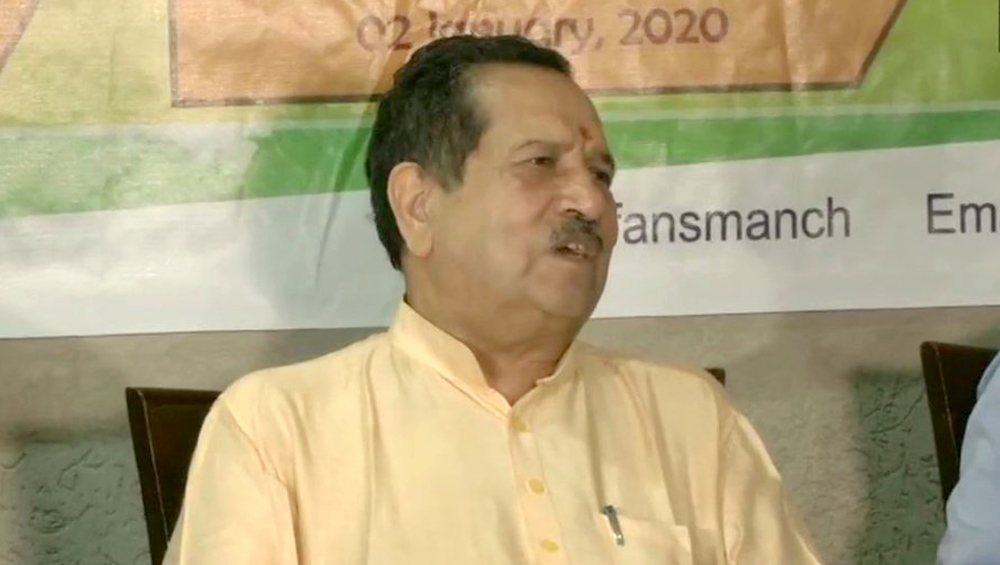 New Delhi, September 13: The Rashtriya Swayamsevak Sangh (RSS) on Friday stepped up its attack against Pakistan, with its ideologue Indresh Kumar stating that the country would crumble under the ongoing 'separatist movements' and India would celebrate Mahatma Gandhi's birth anniversary in Lahore in the years to come.

The comments of the senior RSS functionary assume significance as they came on the day when Pakistan Prime Minister Imran Khan is leading a public rally in Muzaffarabad to lend support to the Kashmiris. This is Khan's second such visit to the region after the abrogation of Article 370 by the Prime Minister Narendra Modi-led government. Pakistan Would Be Merged With India After 2025: RSS leader Indresh Kumar on Akhand Bharat Dream.

"Before 1947, Pakistan was not on the world map, I believe it will not be on the world map again. And, it can so happen that we will celebrate Bapu Jayanti and Hindi Diwas in Lahore, do you agree?" Kumar asked the audience present at an event here at NDMC convention centre.

Further elaborating on the issue, Kumar pointed out that Pakistan was formed after partition, which was further partitioned in 1971."Today, it lies at the verge of splitting into 5-6 pieces. Pashtunistan, Balochistan, Sindh want to break away. Experts predict this fate for Pakistan. It's growing weak day-by-day," he added.

The RSS view has come in wake of the statements made by several ministers including Union Home Minister Amit Shah, who said in the Parliament that Pakistan-occupied Kashmir (PoK) and Aksai Chin too are parts of India and will be acquired again.

Speaking on the Congress' idea of 'preraks' which was shot down as few of the leaders cited its resemblance to the concept of pracharaks in RSS, Kumar said that Congress cannot have 'pracharaks' because to be one, it needs commitment and sacrifice.

"Pracharak is a mission if you do not have a mission, it won't survive. A mission doesn't run on drama. You need sacrifice, simplicity, dedication to start a mission. Congress was a part of Independence mission but when it left the mission it became the reason for partition of India. They promoted corrupt and criminal activity in the country," he added.