The Uttar Pradesh police have dismissed reports of links between a murder in Prayagraj and the Tablighi Jamaat. 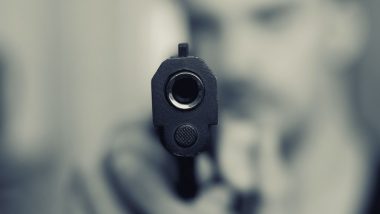 According to reports published by various media houses, Lautan Nishad made a remark against the Tablighi Jamaat and one Mohammad Sona, who was present there, shot him dead. The accused was arrested on the spot. Reacting to these fake reports, the Prayagraj police tweeted: "The deceased and the accused are neighbours. Police have not found the Tablighi Jamaat link with any of these." A total of eight people have been taken into custody. Coronavirus Outbreak Live News Updates on April 7.

Uttar Pradesh Chief Minister Yogi Adityanath had taken cognizance of the murder and announced Rs 5 lakh as compensation for the family of the deceased. He had also ordered that the accused be booked under the National Security Act (NSA) and sought an explanation as to why a tea stall was open during the lockdown imposed to contain the coronavirus outbreak.

(The above story first appeared on LatestLY on Apr 07, 2020 06:56 PM IST. For more news and updates on politics, world, sports, entertainment and lifestyle, log on to our website latestly.com).