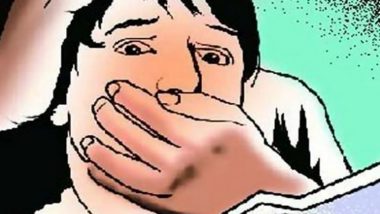 Mumbai, November 22: In a shocking incident that took place in Punjab, four women allegedly kidnapped a factory worker and held him hostage in Jalandhar. As per reports, the man was allegedly abducted by the four women on Sunday night. In his complaint to the police, the man also alleged that the for women sexually assaulted him by indulging in physical relation with him throughout the night.

Shockingly, after the night of horror ended, the four women left the man on road and fled from the spot, reports Jagran. The incident came to light after the man narrated his ordeal to the media. However, he hasn't lodged any formal complaint as yet. The victim said that the incident took place while he was on his way back home from work. Ahmedabad Shocker: Man Kidnapped, Assaulted After Asking Friend To Repay Vehicle Loan on Time; Complaint Lodged.

The man said that they gave him some fragrance which made him unconscious. Post which, they took him to an unknown place after putting him in the car. While revealing his ordeal, the man said that the four women were aged between 22 to 23 years. He also said that when he regained consciousness, he saw himself tied with a rope and without clothes. UP Shocker: Family Shocked, Brother Suffers Minor Attack After Fake Video Claims Teacher's Death Due to Dengue in Prayagraj.

The man claimed that the four women kept him hostage for 11 to 12 hours and later left him on the road at around 3 am. Fearing shame, the man said that he did not approach the police. Meanwhile, Gagandeep Singh Sekhon, in-charge of Thana Basti Bawa police station said that no complaint has been registered so far. Singh said that they take action and begin investigation once a complaint had been lodged.

(The above story first appeared on LatestLY on Nov 22, 2022 03:18 PM IST. For more news and updates on politics, world, sports, entertainment and lifestyle, log on to our website latestly.com).