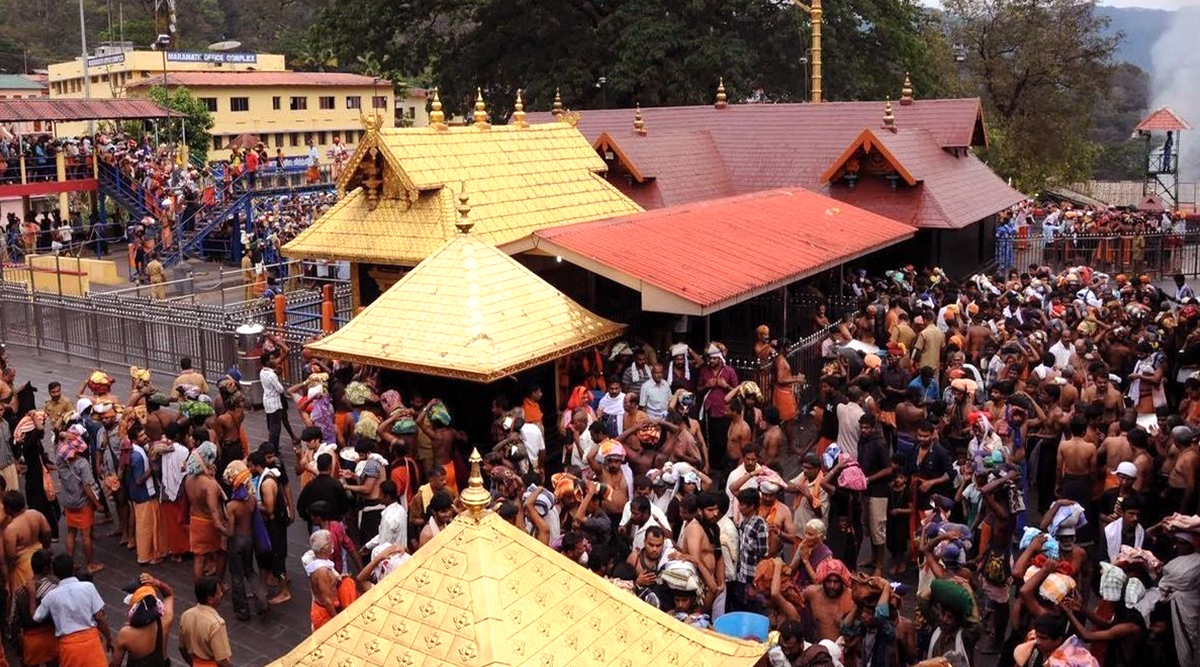 New Delhi, January 13: The Supreme Court on Monday said it will not hear review petitions against its verdict allowing entry of women of all ages in Sabarimala temple, clubbed with the entry of women to other places of worship. A nine-judge bench, headed by Chief Justice of India (CJI) Sharad Arvind Bobde, made it clear that the apex court will only hear the seven questions referred to it by the five-judge bench in the Sabarimala case. Sabarimala Temple: No Protection to Women Visiting Lord Ayyappa Shrine, Says Devaswom Board.

"Questions raised in these matters are indeed important. These questions need to be answered," the Supreme Court said. "We won't decide what is incapable of being decided but we will decide everything that can be," it added. The top court further said that all lawyers arguing in the matter will have a consultation for framing issues to be considered by the nine-judge bench. "We don't want unnecessary overlap. Lawyers should decide among themselves what and who will argue which issue and for how long," it said.

Lawyers will have a conference on January 17 for finalising issues. The Secretary General of the Supreme Court will also attend the meeting. The nine-judge bench has been set up after a five-judge bench headed by then CJI Ranjan Gogoi, by a 3:2 majority verdict on November 14, referred to a larger bench the pleas seeking review of the historic September 28, 2018 judgement which had allowed women of all ages to enter the Sabarimala temple.

The top court clubbed the curbs faced by Muslim women in connection with entry to mosques and dargahs and Parsi women, married to non-Parsi men, being discriminated from entering the Fire Temple. There are more than 50 review petitions, which had challenged the judgement of the Supreme Court allowing the entry of women of all ages in the Sabarimala temple in Kerala.