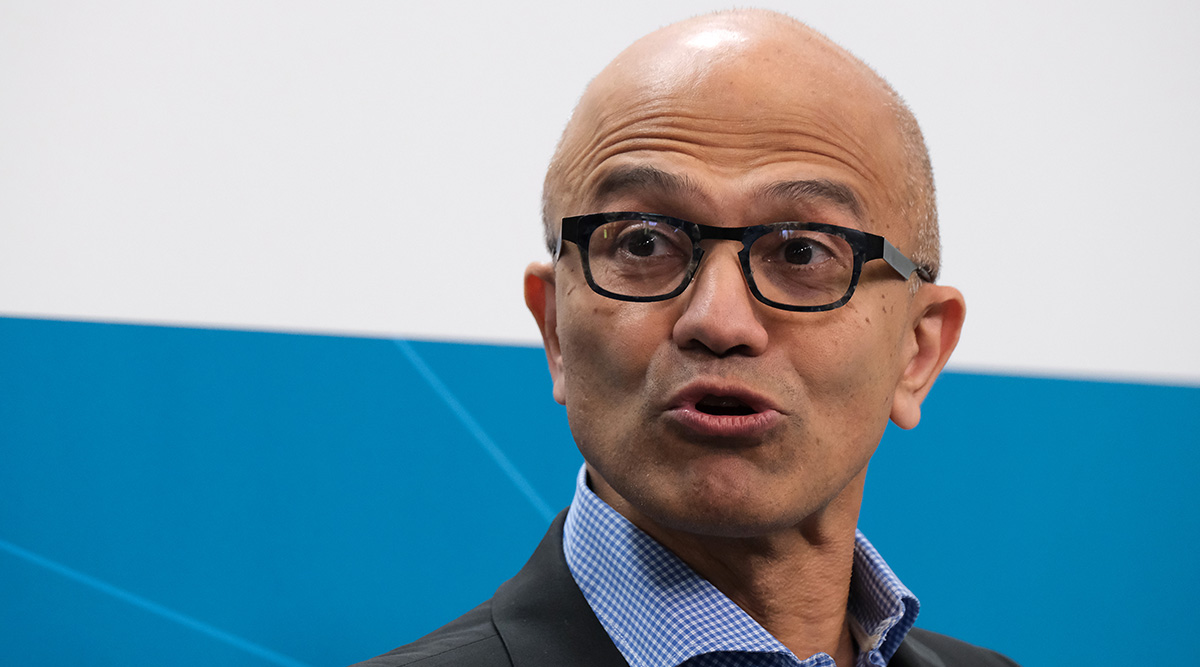 New Delhi, February 13: Microsoft Corp Chief Executive Officer (CEO) Satya Nadella will visit India later this month, the company said on Thursday. While the company confirmed the visit of the top executive, it did not give details about the dates and cities he is likely to visit.

According to sources, Nadella will be on a visit to India from February 24-26. He is likely to visit Delhi, Mumbai and Bengaluru, and meet industry leaders and government functionaries during his visit, they said.

The visit comes on the heels of the Indian-origin CEO recently voicing concerns over the contentious Citizenship Amendment Act (CAA) - Nadella had last month said what is happening is "sad" and he would love to see a Bangladeshi immigrant create the next unicorn in India. His remarks had raised a furore in the political circles.

In a statement issued by Microsoft on January 14, Nadella had said: "Every country will and should define its borders, protect national security and set immigration policy accordingly. And in democracies, that is something that the people and their governments will debate and define within those bounds."

India is a major market for Microsoft - the tech titan has a significant presence in cities like Bengaluru and Hyderabad.

It is pertinent to mention here that US President Donald Trump is scheduled to visit India on February 24 and 25. Nadella's visit comes at a time when the Indian government is taking a strong position on issues like data localisation and tightening the rules for e-commerce companies as well as social media platforms. India has so far resolutely stood its ground on these issues, refusing to bow to the pressure from US companies.

The Personal Data Protection Bill - which outlines norms for handling of personal data including processing by public and private entities - was introduced in the Lok Sabha in December 2019 and has been referred to a Joint Parliamentary Committee.

The proposed legislation mandates processing of 'critical' personal data only in India. What constitutes critical data is to be notified by the Centre, it says.

It has also proposed that sensitive personal data - like financial data, health data, sexual orientation, biometric or genetic data, transgender status, religious or political belief/affiliation - can be transferred outside India with explicit consent, but will continue to be stored in India.

Prominent bodies like The US-India Business Council (USIBC) and internet and mobile players' association IAMAI have flagged concerns on some of the provisions in the Bill, saying that these will impinge on privacy of Indian citizens and create challenges for businesses.

The USIBC has said the Bill contains several new provisions outside the core issue of data privacy that raises serious concerns for the private sector, particularly the inclusion of requirements around non-personal data and social media intermediary liabilities.