During the last 7 years, more than 4.52 crore beneficiaries have been provided different scholarships through the National Scholarship Portal (NSP) and Direct Benefit Transfer (DBT) out of which more than 53% beneficiaries are female. 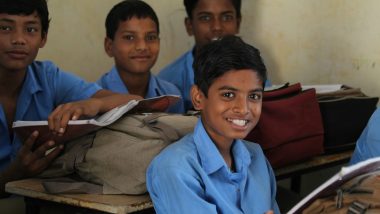 With the launch of the National Scholarship Portal (NSP) in 2015-16 and the revamped version of NSP 2.0 in 2016-17, the three Scholarship Schemes for minorities are being implemented through Direct Benefit Transfer (DBT) Mode. From 2014 to 2020, Scholarships Worth Rs 83 Crores Have Been Given to Athletes.

The NSP with its features of sanity check avoiding de-duplication, thereby resulting in elimination of middlemen, ghost beneficiaries, etc. Thus, during 2016-17 to 2020-21, a total of 9,35,977 fake and ineligible applicants were identified and removed from NSP. The community-wise and State/UT-wise data are not maintained.

This information was given by the Union Minister for Minority Affairs Shri Mukhtar Abbas Naqvi in a written reply in the Rajya Sabha today.

(The above story first appeared on LatestLY on Jul 26, 2021 08:33 PM IST. For more news and updates on politics, world, sports, entertainment and lifestyle, log on to our website latestly.com).