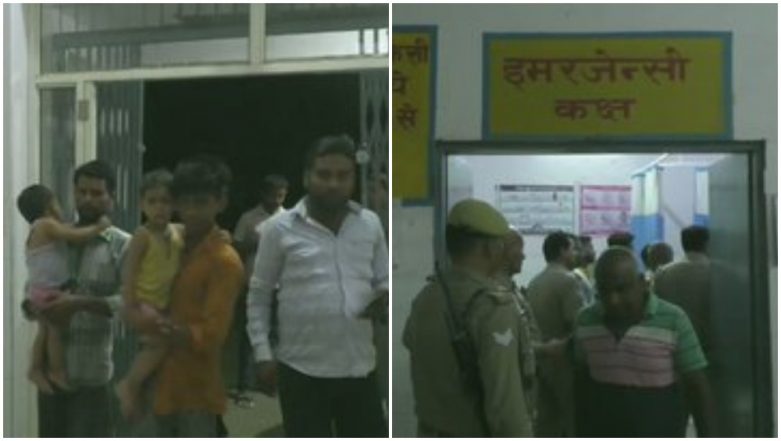 Lucknow, July 31: At least 12 children were admitted to a hospital in Uttar Pradesh on Tuesday night after consuming milk distributed at a temple. According to a tweet by ANI, the milk was distributed to the children at a temple in Indergarhi on the occasion of Sawan Shivratri. The children, many of them toddlers, were admitted to the emergency section of a government hospital. According to reports, the condition of the kids is stable now. Madhya Pradesh: 50 Children Fall Ill After Consuming Mid-Day Meal in Government School at Damoh.

Hapur Sub-Divisional Magistrate Jainath Yadav (SDM) said, "There is a Durga temple where some rituals were going on. Milk was distributed to the children after which they fell ill. They are now stable and are undergoing treatment."

There have been several instances of children falling ill after consuming milk and eatables that are being distributed at public functions. In the last week, a shocking incident was reported from Madhya Pradesh where a toilet at an Anganwadi centre in the Shivpuri district was used to prepare Midday meal for children. After the incident surfaced, Minister Imarti Devi said there is ' no problem' in cooking food inside a toilet if a partition exists between the toilet-seat and stove.