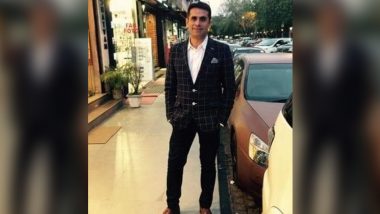 A single bench of Justice Subramonium Prasad said: "I am persuaded by the reasons given by the trial court which is a valid ground for me not to grant any interim protection now." The court has listed the matter for further hearing on May 18. The sessions court had noted that allegations against Kalra are serious and his custodial interrogation was needed to unearth the entire conspiracy. Oxygen Concentrator Hoarding Case: Navneet Kalra Denied Anticipatory Bail

Senior advocates Abhishek M Singhvi and Vikas Pahwa, representing Kalra, contended before the High Court that it should grant some interim protection to their client, if the matter is being adjourned till May 18. Singhvi had argued that police were searching for Kalra and visiting his relatives and close friends' homes in the matter. The counsel added that this should not happen in the backdrop of High Court hearing Kalra's anticipatory bail plea.

At the beginning of the hearing today, Additional Solicitor General (ASG) S V Raju submitted that the matter should be adjourned to May 18. Raju contended that he had information in connection with shell companies, which he required to place before the court and would need some time. Raju said heavens will not fall, if the matter is taken up on May 18. He insisted that there was no urgency to conduct hearing on Kalra's plea on a holiday.

Singhvi contested the submissions saying it was an attempt to embarrass the court and added that his client's arrest was not needed, as one of the charges were that he overcharged for the oxygen concentrators. Singhvi argued that under Drug Price Control Order (DPCO) 2013, there is a provision for adjusting the overcharged amount or refunding it.

However, the court pointed out that many concentrators were seized from Kalra's properties and price stickers, including blank ones, were found at the site. The court told Kalra's counsel would it be a violation of the DPCO 2013, is the main question. Oxygen Concentrator Hoarding Case: Delhi Court Grants Bail to Matrix Cellular CEO, VP

Kalra's counsel contended that Essential Commodities Act is not applicable in the present case, as no price was fixed for imported oxygen concentrators. The High Court cited that as per the trial court, Kalra was selling poor quality concentrators at an exorbitant price. Kalra's counsel he will get data in connection with the sale of the concentrators on the next date.

Kalra had moved the High Court on late evening on Thursday after sessions declined to give him any relief and the hearing before the court went till 10.00 pm. The matter was listed for further hearing on Friday.

The High Court had queried Kalra's counsel how could he sell concentrators, when he did not have a valid licence to manufacture, store or import. During a raid, 524 oxygen concentrators were recovered from three restaurants owned by Kalra -- Khan Chacha, Nega Ju and Town Hall. Police suspected that he had left Delhi along with his family.

Kalra had bought the concentrators from Matrix Cellular. Four employees of Matrix Cellular company, including its CEO and vice president, who were also arrested have been granted bail.

The Delhi police on May 5, had registered a case against Kalra under Section 420 (cheating), 188 (disobedience to order duly promulgated by public servant), 120-B (criminal conspiracy) and 34 (common intention) of the Indian Penal Code.

The FIR was also registered under Essential Commodities Act and Epidemic Diseases Act, for black marketing of oxygen cylinders.

(The above story first appeared on LatestLY on May 14, 2021 06:47 PM IST. For more news and updates on politics, world, sports, entertainment and lifestyle, log on to our website latestly.com).