Among the first timers, most are from Uttar Pradesh (20) where the BJP won 62 of the 80 seats. Bhojpuri film star Ravi Kishan won from Gorakhpur, the seats represented by Chief Minister Yogi Adityanath. 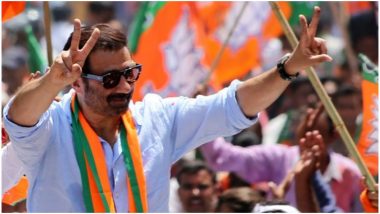 New Delhi, May 28: Of the BJP's 303 Lok Sabha members who got elected in the just-concluded elections, 131 are first timers and include party President Amit Shah. The list also includes former union minister Ravi Shankar Prasad and celebrities from sports to film fraternity like Sunny Deol, Ravi Kishan, Gautam Gambhir and Hans Raj Hans.

There are many in the list like Pratap Singh Sarangi (Balasore), Tejasvi Surya (Banglore South), Rajdeep Roy, Jyotirmoy Singh Mahato (Purulia) who have emerged from humble backgrounds and have won unexpected victories in the elections.

Some seers like Balak Nath (Alwar) and Jai Siddheshwar Shivacharya Swami (Solapur) also made it to the lower house of parliament. Controversial Pragya Thakur, a Hindutva hardliner and an accused in the 2008 Malegaon bomb blasts case, also became a lawmaker.

Among the first timers, most are from Uttar Pradesh (20) where the BJP won 62 of the 80 seats. Bhojpuri film star Ravi Kishan won from Gorakhpur, the seats represented by Chief Minister Yogi Adityanath. He won with a margin of over 3 lakh vote against the SP-BSP alliance candidate Ram Bhuwal Nishad, who belongs to the dominant fishermen caste.

After Uttar Pradesh, maximum number of first time Lok Sabha members are from West Bengal, which witnessed a fiercly fought battle between the BJP and the ruling Trinamool Congress. Barring Babul Supriyo, S.S. Ahluwalia and Saumitra Khan, 15 are the first timers. The BJP won for the first time a total 18 out of 42 seats in the state.

In Madhya Pradesh, the BJP won 28 of the 29 seats. Among the 28 winners, 12 are first timers including a giant killer K. P. Yadav, who defeated Congress' Jyotiraditya Scindia from Guna.

Guna has gone back to the BJP after two decades, even though the saffron party's candidate was an outsider. The BJP had last won the seat in 1999, when Rajmata Vijaya Raje Scindia -- Jyotiraditya's grandmother -- was the MP. After that, her son Madhavrao Scindia won as a Congress candidate. Thereafter, Jyotiraditya became MP in 2002, after his father Madhavrao's death in a plane crash in September 2001.

Pragya Singh Thakur, an accused in Malegao blast case, remianed in controversy throughout the election but finally she defeated senior Congress leader and former Madhya Pradesh Chief Minister Digvijay Singh from Bhopal by a huge margin of over 3 lakh votes.

In Gujarat, the home state of Prime Minister Narendra Modi and the BJP chief, 10 out of the total 26 elected MPs are the first timers. Shah, a Rajya Sabha member who contested Lok Sabha polls for the first time, won from Gandhinagar by a record margin.

Chhattisgarh, Karnataka and Maharastra, where the BJP did almost a sweep, elected nine first time MPs each. In Chhattisgarh, the BJP had denied tickets to all its sitting MPs. Out of the 11 seats, the BJP won nine. All the nine are first timers. They are Arun Sao, Vijay Baghel, Mohan Mandavi, Chunni Lal Sahu, Guharam Ajgalley, Sunil Kumar Soni, Santosh Pandey and Renuka Singh.

Among those from Karnataka, who won the polls for the first time, are Tejashvi Surya, Y. Devendrappa, V. Srinivas Prasad, B. N. Bache Gowda, Anna Saheb Jolle, A. Narayanswami, S. Muniswamy and Raja Amareshwara Naik.

Among three new entrants from Bihar, the most prominent name is of Ravi Shankar Prasad. Fighting a high-stakes battle, Prasad emerged victorious in his first Lok Sabha election, defeating his colleague-turned opponent Shatrughan Sinha by more than 2.84 lakh votes.

A four-time Rajya Sabha MP, Prasad has held various ministerial portfolios, including that of Law and Justice, under Prime Minister Narendra Modi as well as Atal Bihari Vajpayee governments.

(The above story first appeared on LatestLY on May 28, 2019 01:45 PM IST. For more news and updates on politics, world, sports, entertainment and lifestyle, log on to our website latestly.com).